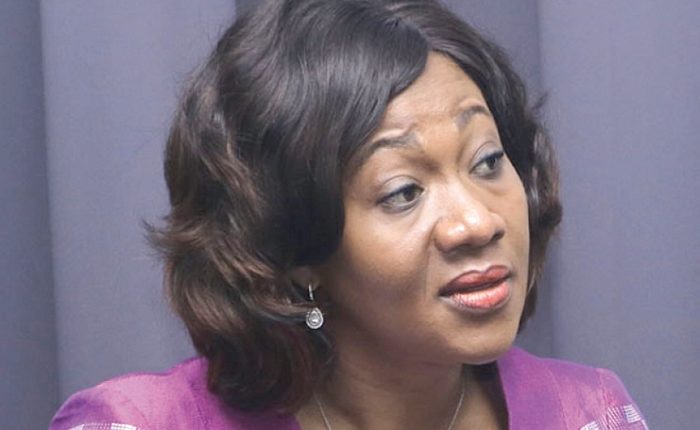 According to the General Secretary of the National Democratic Congress (NDC), Johnson Asiedu Nketiah, the EC boss, Jean Mensa, during a meeting with some political parties, engaged in some mysterious acts including spiritual prayers to tame suspected demons at the meeting.

A statement issued by the Electoral Commission described the allegations as false.

“The attention of the Electoral Commission has been drawn to a statement made by Mr. Asiedu Nketiah, General Secretary of the NDC, to the effect that the Chairperson of the Commission, Mrs. Jean Mensa, brought spiritualists to an IPAC meeting to cast out demons.”

“For the information of the General Public, this is untrue. It never occurred. IPAC meetings are meant to discuss issues relating to Ghana’s Electoral System. This is exactly what occurs there. IPAC meetings are attended by Political Parties, Civil Society and Development Partners.”

Read the full statement below: 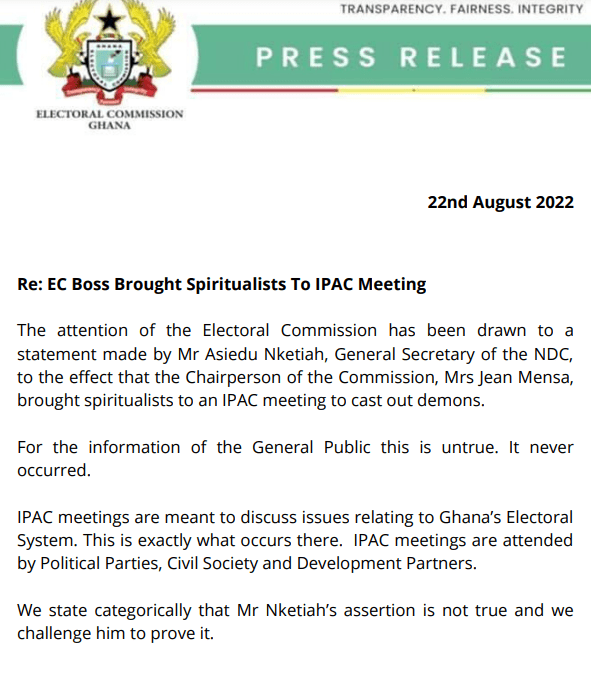