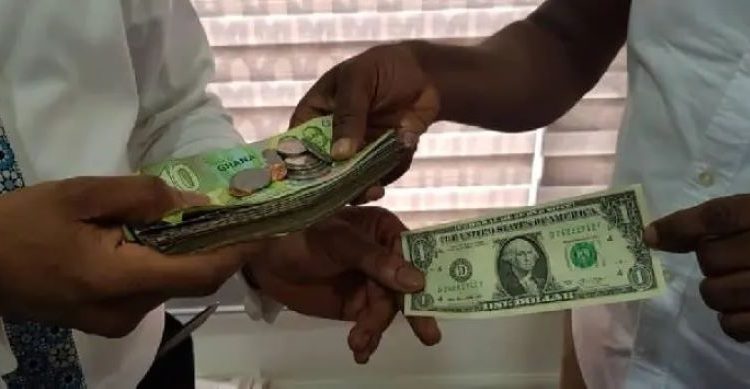 The Ghana Cedi ended 2022 as the second weakest currency on the African continent with a year-to-date loss of 38.86% to the US dollar, according to Bloomberg.

They were classified as the currencies with the “Worst Spot Returns” by Bloomberg.

All these countries had challenges with their economies as debt levels had become unsustainable, whilst budget deficits had worryingly enlarged. 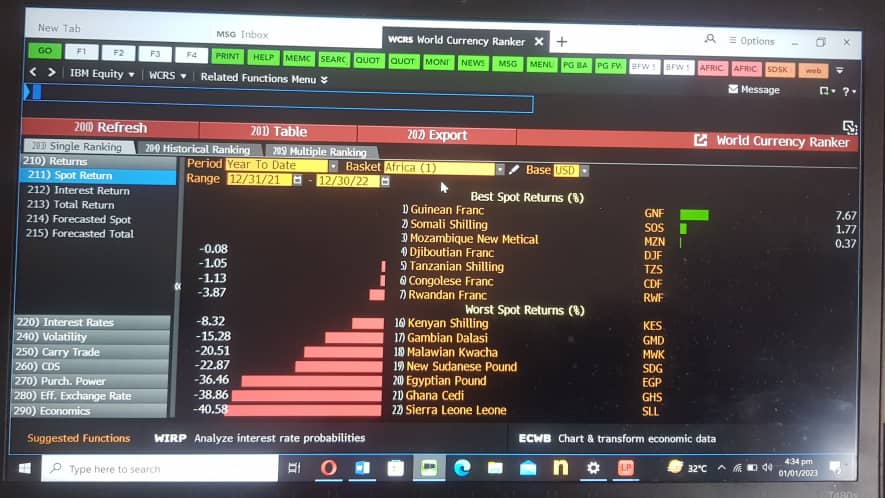 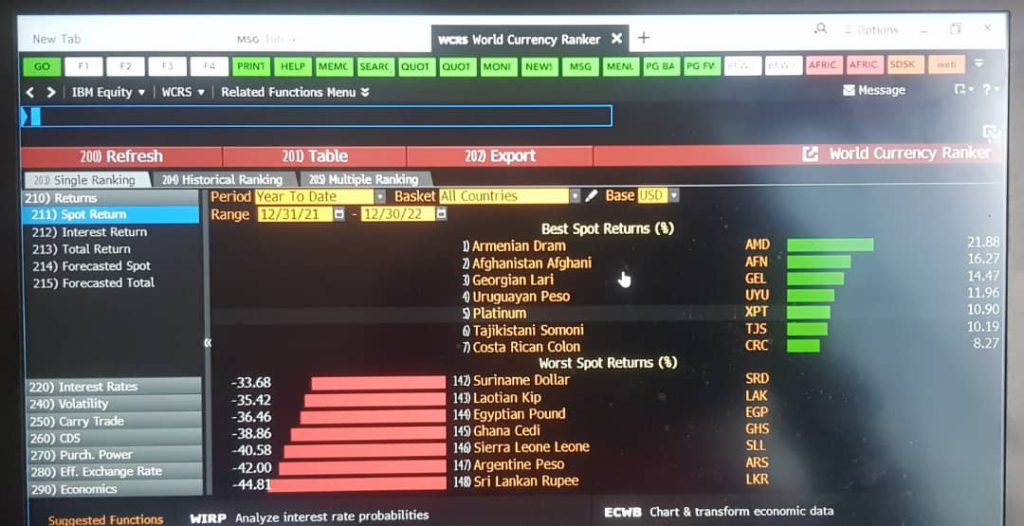 In 2022, the Ghana cedi came under severe pressure, losing over 50% in value at a point in time before a resurgence in December, following a Staff-Level Agreement reached between the International Monetary Fund and the Government of Ghana. This reduced its year-to-date losses significantly.

Prior to that, the Finance Minister, Ken Ofori-Atta announced the launch of the Domestic Exchange Programme.

The local currency, thus, ended 2022, selling at about ¢11.60 on the average to the American ‘greenback’ in the retail or forex market.

Some analysts had stated that the cedi’s resurgence in December 2022 was not fundamentally supported, but rather due to prevailing uncertainty and speculation.

They claimed that an inflation of more than 50%, consecutive years of high budget deficit resulting in debt distress and forex reserves cover of less than 3-months of import cover, should cause the cedi to be more vulnerable to depreciation than appreciation.

They, however, argued that a stable cedi in 2023 will depend largely on and International Monetary Fund support-programme.

The cedi recorded an 18.21% rate of depreciation to the US dollar in the first quarter of 2022, according to Bloomberg.

This ranked the local currency as the worst among African currencies with the “Worst Spot Returns”.

However, for the timely intervention by the Bank of Ghana, the situation could have been worse.

In the first-half of 2022, the Ghana cedi lost 16.86% in value to the US dollar on the interbank market but over 20% in the retail forex market.

However, the rate of depreciation of the cedi slowed down in the last two months (May and June 2022), after stern monetary actions from the Bank of Ghana coupled with some fiscal measures to halt the free fall in the first four months of 2022.

In the first nine months of 2022, the Ghana cedi lost 40.05% in value to the US dollar, ranking it as the second worst performing currency in the world in the 147th position, according to Bloomberg.

This decline in the local currency against the American currency was the worst in over three decades.