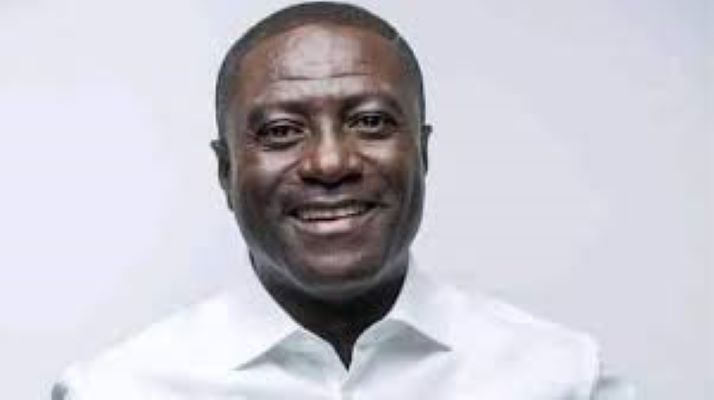 The controversial TV show host made the claim on the morning show of Accra-based Onua TV on February 25, two days after Russia invaded Ukraine. The date was also a day after the anniversary of the 1966 coup by the National Liberation Council that ousted Kwame Nkrumah’s CPP government.

Still holding the book on live TV and appearing to be reading word-for-word from it, Captain Smart also said:

“I say this to you: Africa rise and defend Eastern Europe for between 2021 and 2023, Russia will attack Ukraine.”

“And we are in 2022. Russia two days ago evaded [sic] Ukraine. We are talking about the man called Osagyefo Dr Kwame Nkrumah. Take it or leave it, he’s the founder of this country,” he added, this time addressing his audience on the show.

Captain Smart’s claim follows a wave of misinformation and disinformation emerging on the back of Russia’s invasion of Ukraine, some of which Fact-Check Ghana has already debunked.

The fact-checking team decided to verify the broadcaster’s claim that Kwame Nkrumah predicted the Russia-Ukraine war.

Sovereign State of Ukraine only began to exist in 1991

The Dark Days in Ghana, which Captain Smart read on the show was first published in 1968, two years after the coup that overthrew Nkrumah. In the author’s note, Nkrumah stated that he wrote the book while in an asylum in Guinea to state the facts about the 1966 coup that overthrew his government and to “expose similar setbacks in other progressive independent African states’’.

Indeed, in 2021, the country celebrated the 30-year anniversary of its declaration of independence from the Soviet Union.

Kwame Nkrumah could therefore not have predicted that Russia would invade Ukraine without having to first predict that the USSR was going to be dissolved. That prediction would have appeared more worthwhile given that the Soviet Union was engaged in the Cold war at the time. The Soviet Union could not have attacked or invaded Soviet Ukraine, which was part of the Union.

In fact-checking Captain Smart’s claim, the team got a copy of the Dark Days in Ghana book and compared the words the broadcaster was reading on set with the book’s text. 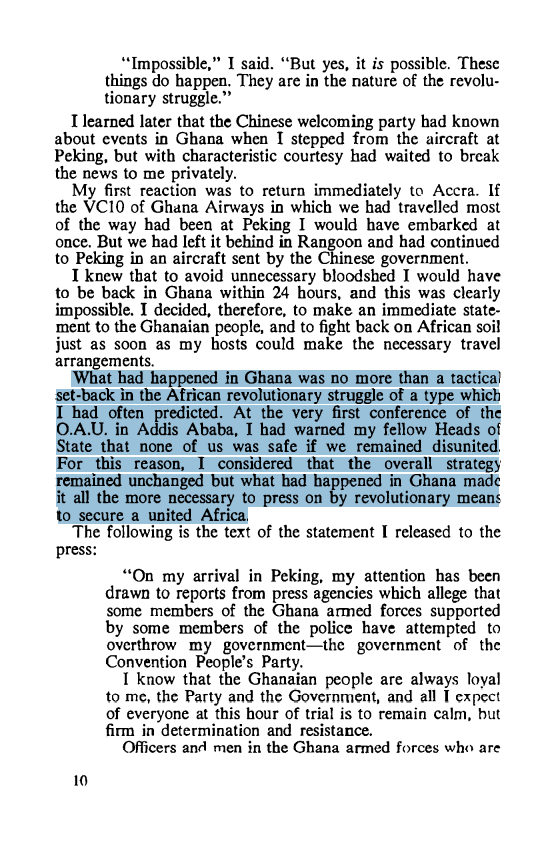 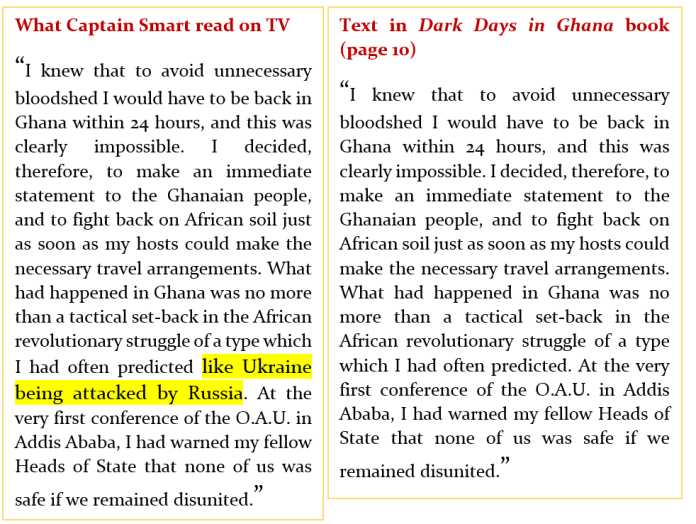 Comparing the texts, it was observed that the broadcaster added his own text “like Ukraine being attacked by Russia” (highlighted in photo above) to cause his audience to believe Nkrumah had written that.

The team further verified another text Captain Smart read on the set which suggested that Nkrumah had called on Africa to support Eastern Europe in the book when Russia invades Ukraine.

“I say this to you: Africa rise and defend Eastern Europe for between 2021 and 2023, Russia will attack Ukraine.”

The text cannot be found anywhere in the book, the team observed. Using text-searching techniques and reading software, Fact-Check Ghana realized that the word and figures “Ukraine”, “2021” and “2023” are not included in the text of the book.

Fact-Check Ghana, therefore, concludes that Captain Smart’s claim that Kwame Nkrumah had predicted the Russian-Ukraine war in his book Dark Days in Ghana is completely false.