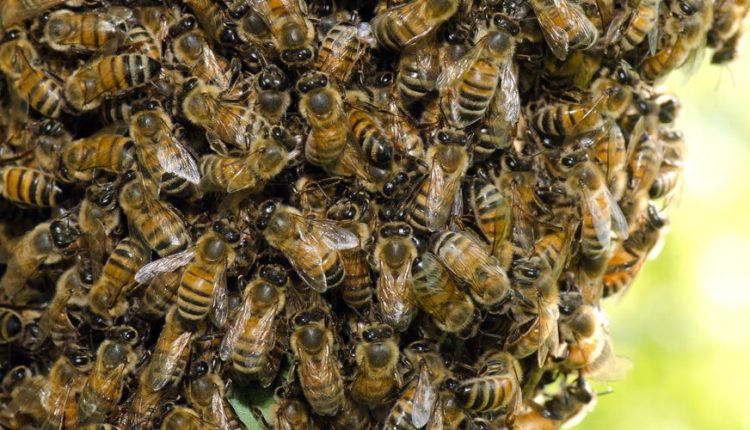 A one-year-old baby has been reported dead after swarm of bees invaded the Seventh-Day Adventist Church at Wasa Atieku near Assin Fosu in the Assin Fosu Municipality of the Central Region while Church service was ongoing.

According to the leader of the Church, Pastor Francis Ofori, some children from the Ateiku community attacked the bees with a catapult and escaped from the scene.

The angry scattered bees entered the children’s auditorium of the Church which is very close to the scene to retaliate the attack.

According to the information gathered, the children ran into the adult auditorium where they all started running helter-skelter upon seeing bees.

The deceased baby, who could not run for her life, became a casualty, and the only person at the receiving end of the bees attack.

The baby who was sent to the Wasa Ateiku clinic for treatment after the attack was pronounced dead a few minutes after her admission.

The mother of the deceased, who only gave her name as Madam Francisca explaining how the incident occurred said, they all run from the Church room leaving behind the baby who is her only child who was not with her at the moment the bees invaded in the Church room.

Over 220 stranded Ghanaians in Ukraine to arrive in Ghana soon