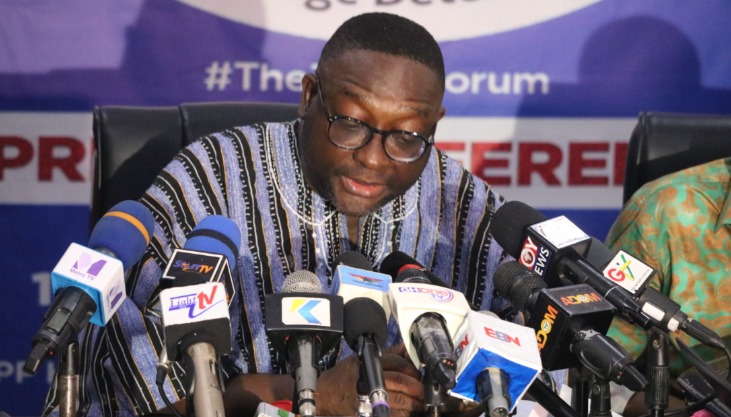 The Director of Communications for the governing New Patriotic Party, Yaw Buaben Asamoa, is the latest to take on former President John Dramani Mahama over his “do or die” comment.

Mr. Asamoa on Eyewitness News said it is disappointing that the former President made comments likely to incite violence in Ghana.

“His comment is not edifying. When you say do or die, where does it end and on what basis? Should we shed blood because of your particular desire? It just demonstrates to all of us that John Mahama has a deficit in his leadership skills,” Mr. Asamoa said.

While on his ‘Thank You’ tour in the Bono Region, this week, the 2020 presidential candidate of the NDC on Tuesday said his party will be more vigilant during the 2024 general elections.

“The 2020 elections were rigged for the NPP. We have however accepted the ruling of the Supreme Court for the sake of peace. However, come 2024, the NDC will be extra vigilant at the polling stations because that is where the elections are won.”

He has since been criticized by many who believe his statement was in bad taste.

But Mr. Mahama has strongly justified his comment, insisting that it was an idiomatic expression.

“It is an idiomatic expression. In the English Language, we have idioms in there. I think those who left school early do not understand idiomatic expressions. Do or die means a critical assignment you have, and you must do the needful or perish. What it means is that [officials of the] NDC shouldn’t wait and go to the Supreme Court again.”

Mr. Asamoa said the former President’s comment nullifies his claim that the Chairperson of the Electoral Commission (EC), Jean Mensa failed to ensure a free and fair election.