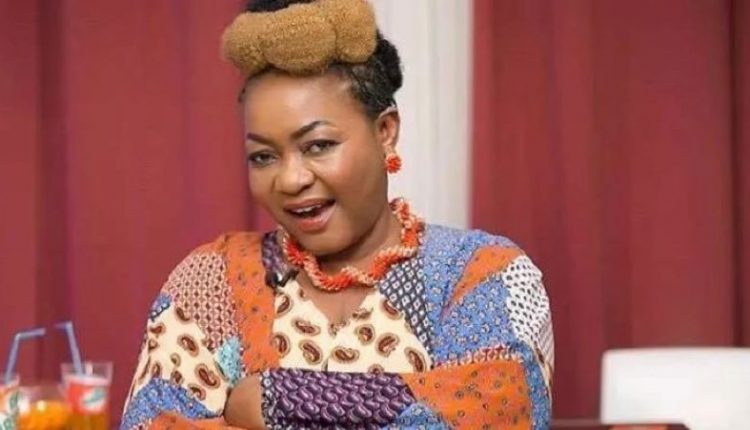 She observes that the country finds itself at the crossroads emphasizing that the only way out if its crises is for the people of Ghana to bring back John Dramani Mahama.

Christiana Awuni believes that the former President did marvellously well when he was in power to better the lives of Ghanaians so it’s imperative that he is brought back to power.

VIDEO: ‘I Stopped Going To Church Because Pastors Tried To Sleep With Me’ – Actress Christiana Awuni

“Times are hard. I won’t cover things up. I’m looking this good because of the Grace of God and the fact that I take good care of myself. However, it’s glaring that times are very hard. Things have worsened and now the only thing I can compare to Ghana’s economy is a refuse dump.

If it’s possible, we should bring back John Mahama because when he was in power things were better than it is now. It’s only satan who will say Mahama did not do well when he was president.

On why the former President was booted out of power if he was doing the right thing, Christiana Awuni said “we thought we needed someone to make it best but they have descended. They are poor and bad. It’s not good, the system is hot and I won’t mince words. No one has paid us to condemn this government but the hardship in the country has pushed us to talk about the economy”.

Where is COLA for the private sector? – Kojo Poku asks

Sanctions for unregistered SIM cards to begin from tomorrow