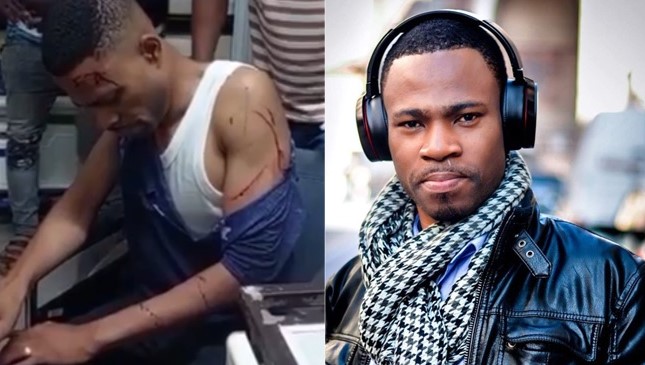 News readers woke up on the morning of Sunday, August 7, 2022, to the devastating, shocking news of the attempted assassination of one of Ghana’s most loved media personalities, Kofi Adomah Nwanwanii.

In the accounts of a close source to the media personality, it was a regular day for him until some unknown men on a motorbike crossed his car and attacked him around Old Ashongman.

Below are details of all that GhanaWeb knows so far about the case:

It would be recalled that on Kofi Adomah Nwanwanii’s birthday this year, he shocked Ghanaians when he made a number of unimaginable revelations about his sexual exploits.

While celebrating his wife on air on the day, July 20, he recounted how their relationship started in his in-law’s house.

The radio presenter further confessed on his Anopa Bosuo programmed that he had put his wife through so many painful predicaments, yet, in all, she never gave up on him.

Recalling how their story started 19 years ago, the media personality disclosed that he met his wife’s father while navigating his way through life as a young man in Drobo.

He added that his wife’s father took care of him, and it was in that process that he met her.

While living with his benefactor under the same roof, Kofi said he mistakenly impregnated his wife, a situation that angered her father, who refused to give them his blessings.

“So, I was advised to find a way to do something traditionally. So I spoke to her grandparents, and they said it was the right thing because no matter what, one day, my child will come looking for his father (me).”

The Kofi TV CEO also added that after causing Miracle’s father pain, his in-law went ahead to get him a job in Accra, during which time he impregnated another lady while working at Hot FM.