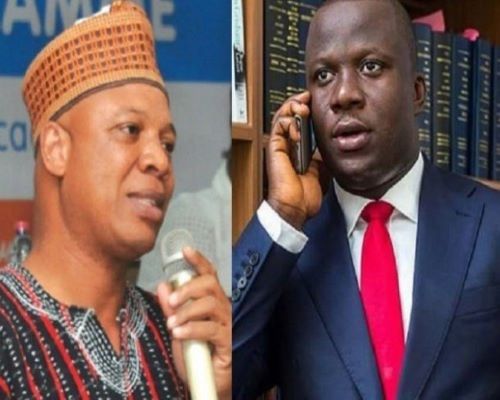 Issifu Seidu Kudus Gbeadese, an aid to the Member of Parliament (MP) for Damongo Constituency has replied pollster, Ben Ephson on his prediction that Deputy Chief of staff, Abu Jinapor, will unseat Hon Adam Mutawakilu for the Damongo seat.

A news item published today by 3news.com quotes the pollster as saying an independent candidate for the Damongo seat, David Tiki Dange, will “take more votes from [Adam] Mutawakilu’s basket of votes,” while Mr Jinapor maintains the same number of votes the NPP amasses in the Constituency thereby causing the incumbent to lose the seat.

This is the claim Mr Gbeadese believes is not based on fact. In a statement released to counter Mr Ephson’s claim, Mr Gbeadese gives reasons why he thinks “Mr Ephson premised his conclusions on weak, vague, and misplaced assumptions.

According to the MP’s aid, the bases on which those assumptions were made are false, can’t be verified or tested and therefore, cannot support the conclusions.

He urged the pollster to “conduct proper scientific survey with research tools that can be tested, a verifiable methodology and do a credible trend analysis that can stand the test of time.”

Read the press statement below:

RE: JINAPOR WILL UNSEAT MUTAWAKILU IN DAMONGO – BEN EPHSON PREDICTS

The office of the MP for Damongo Constituency, Hon Adam Mutawakilu, has chanced upon a news item published by 3news portal with the above heading. The story is associated to the pollster, Mr Ben Ephson. We stand to disagree with him on accounts of facts and available data.

To begin with, Mr Ephson premised his conclusions on weak, vague, and misplaced assumptions. Also, some of his facts based on which he made those assumptions are false, can’t be verified or tested and therefore, cannot support his conclusions. We urge Mr Ephson to conduct a proper scientific survey with research tools that can be tested, a verifiable methodology and do a credible trend analysis that can stand the test of time.

Mr Ephson in his analysis submitted that the differences in parliamentary results between the NDC and NPP in the Constituency has been the same since 1992. The available facts and data do not support this submission. Once 1992 was a one-way Parliamentary election for the NDC without the NPP participating, I will like to set 1996 as the base year for the trend analysis.

The following are the results for Parliamentary elections between the NDC and the NPP in the Damongo/Daboya Constituency from 1996 to 2008:

Be reminded that in 2012, the Constituency was divided into the Damongo Constituency and the Daboya/Mankarigu constituency. The following are the parliamentary results for 2012 and 2016:

From the above analysis, it is well established that the differences in parliamentary election results from 1992 to 2016 are not the same as submitted by Mr Ben Ephson. Although the Constituency was divided in 2012, making the voter population to reduce, Hon Mutawakilu still pulled over 2000 votes difference and maintained almost same in 2016.

First of all, Mr Ben Ephson established that the relationship between Hon Tiki Dange and Dr Abu Sakara will pull the shock since the latter has much influence in Gonjaland. There is no question about the weight of Dr Sakara In Gonjaland, but as to

whether that personality can translate in relative votes in Damongo Constituency in particular is another complex question we need to ask.

So, on what bases does Mr Ephson make the case that, the fact that Dr Abu Sakara supports Tiki Dange is itself a big plus to the chances of the NPP Abu Jinapor? In any case, has anybody told Mr Ephson that Hon Tiki Dange has a soft spot for the NPP?

The biggest vague analogy and assumption is that, Abu Jinapor will maintain the election results of Hon Albert Diwura, then NPP 2012 candidate. This is a flawed analogy without regard to the personality differences of the two candidates. Mind you, a party in power will always have its own issues.

Samuel Abu Jinapor went unopposed not with absolute support from all the big faces in the party. This cannot be swept under the carpet simply because they are in power. Once the party in power can silent divisions which can kill softly are inevitable possibility, and this can breed highest voter apathy.

In conclusion, the NDC and Hon Mutawakilu are not going into this election with complacency, and that we will welcome any scientific survey with clear cut methodology and trend analysis whether for or against us. That is not to say we won’t contest the validity or credibility of any polls or predictions as they matter on the possible outcome of the Damongo Constituency. Different variables account for different results in different elections. Mr Ben Ephson must come again.