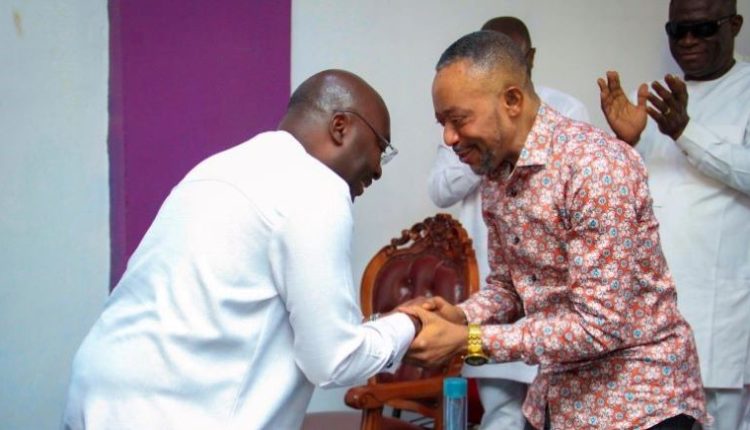 Security Analyst Adib Saani has cited the Vice President, Dr Mahamudu Bawumia, as the cause of defiance with which prophets, particularly Head Pastor of the Glorious Word Power Ministry International Isaac Owusu Bempah, treated a directive from the Ghana Police Service about 31st Night prophecies.

Despite a reminder from the Service, the men of God went on a prophecy spree, talking about coup d’etats, civil wars, the New Patriotic Party (NPP) flagbearership race and the death of a high-profile woman in the party.

But describing the prophecies as “baseless”, “unfortunate” and “reckless”, Mr Saani expressed surprise why Apostle Owusu Bempah, in particular, will go that tangent given his experiences in the past.

“Unfortunately, we had the Vice President visit his church and a donation of GH¢50,000 was made,” the security analyst noted.

“I think it was a strategic dove. The Vice President shouldn’t have gone to him because it is more like normalising what he does or sort of an approval stamp for what he does considering how controversial he is.

“As a result, I think he has been motivated and emboldened by that visit and he feels beyond reproach.

“That is why he is still into making such baseless reckless statement that has negative ramifications for the state.”

Apostle Owusu Bempah in the early hours into the New Year prophesied about civil wars in some African countries to be reported by international media organisations.

“Civil wars could break out in some African countries and they would be reported on CNN, BBC, Al Jazeera etc. There is the need for prayers.”