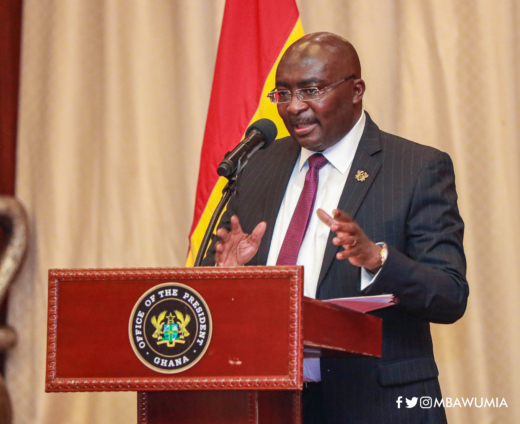 The Vice President of the Republic of Ghana, Dr Mahamadu Bawumia, has promised to launch an ‘e-feeding’ programme next week to track daily menu across the country.

Addressing students, authorities and participants during the 70th anniversary celebration of Fijai Senior High School in Takoradi in the Western Region, the Vice President said that he will launch a digitised School Feeding Programme next month to track the number of students fed, the menu on daily basis to avoid future embezzlement of funds of the Programme.

He also challenged the critics of the government that the Akufo-Addo-led administration is doing so much in the transformation of the country and as such the critics should desist from criticising the efficacy of the digitisation of the School Feeding Programme indiscriminately.

Dr. Bawumia claimed that in terms of digitisation, Ghana is far ahead of the developed countries and we need to embrace it and develop it further.

“We are coming late into the game and we are able to leap frog a lot of systems because we don’t have a legacy system and charged the students to reach for the sky in anything they set their minds on.

“We we should not let history of slavery and colonialism enslave our mind set.”

Again the Vice President disclosed that drones have been successful and next week the government will launch new drone centres in Afram Plains and Ketekrachi.

He also said that Ghana is leading the world in the drone systems and now Ghana is worth emulating by the west.

Now people are coming to recruit Ghanaians who are into drones, he indicated.