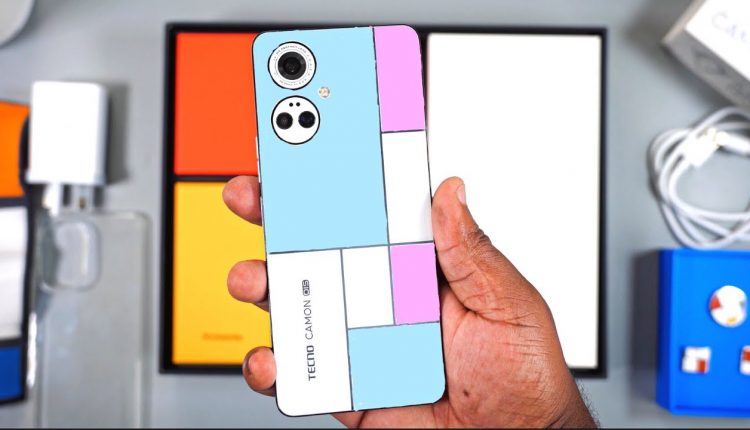 As the Indian festive season approaches, both Amazon and Flipkart, India’s biggest e-commerce platforms will be hosting the Great Indian Festival and Big Billion Day sale starting September 23. We recently covered some quality offers from Realme, Oppo, and Infinix. However, if you are looking for deals on Tecno smartphones, look no further. The newly released Tecno Camon 19 Pro Mondrain edition will go on sale starting September 22. This device is essentially a Camon 19 Pro, however, it features a special back panel which is an homage to the famous Dutch painter, Piet Mondrian. The back changes color from white to mirror the works of Mondrain when it comes in contact with sunlight.

The device will launch at a special price of ₹17,999, which is likely to rise later. The brand will also offer a 10% instant discount to SBI Card users. The POVA 5G launched earlier this year with a price tag of ₹19,999. The device is among the few 5G smartphones offered by the brand in India.

It has a massive 6.9-inch 120Hz display with a 2460 x 1080 pixel resolution. It is powered by a Dimensity 900 chipset, which is complimented by 8GB LPDDR5 RAM and UFS 3.1 storage. Another key feature of the device is its massive 6,000mAh battery, which supports 18W fast charging. As for optics, the device has a 50MP + 2MP + AI lens triple camera setup, and a 16MP selfie camera.

The Tecno POVA 5G has been listed as part of the Great Indian Festival Kickstarter deal. It is available for Rs. 15,299. Additionally, SBI credit card users will get Rs 1,250 and Rs 1,500 off on non-EMI and EMI transactions, respectively. On the other hand, customers can avail a discount of Rs. 750 using their SBI debit cards. The Tecno Spark 9 was launched a couple of months ago in India. The device was priced at Rs. 8,999 after its launch. However, Amazon India will offer it for Rs. 8,099 during the Great Indian Festival sale. In addition to that, SBI debit and credit card users will get up to Rs. 1500 off on making the purchase.

For that price, you’ll be getting a 6.6-inch LCD display with HD+ resolution and a 90Hz refresh rate. The device will feature a Helio G37 paired with 4GB of RAM and 64GB of storage. It will run on Android 12 and have the Virtual RAM feature onboard. For optics, you’ll get a 13-megapixel dual-camera setup with LED flash. Lastly, it will have a large 5,000mAh battery.