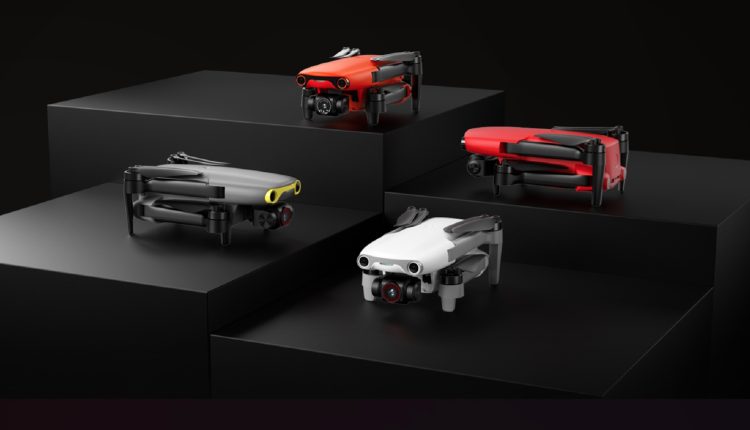 The Autel EVO Nano+ mini drone is packed with a 1/1.28-inch CMOS sensor capable of 50 MP photos. An RYYB color filter array design with a large aperture of f/1.9 offers superior noise reduction capabilities and the power to effortlessly produce quality images in low-light conditions. Track fast-moving subjects with incredible precision through PDAF + CDAF autofocus system; Squeeze rich detail from shadows and highlights no matter how extreme the lighting conditions using HDR mode, which rapidly snaps several photos at different exposures so they can be stitched together in post-production. 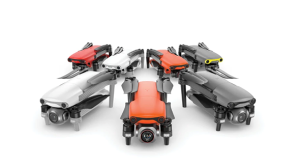 The Autel EVO Nano mini drone is equipped with a 48-megapixel camera with a 1/2-inch CMOS sensor that can record ultra-sharp 4K video at 30 fps.

The EVO Nano mini drone’s 4K camera and compact design make it ideal for capturing smooth, steady footage in any environment. You’ll have everything you need to guarantee your video is smooth and stable, no matter how harsh the weather conditions are, with a three-axis mechanical gamble to prevent vibration.

The EVO Nano+ and EVO Nano have dynamic track 2.1, which allows you to follow any person,moving object or vehicle automatically so you can concentrate on your activities while your drone handles the cinematic side.

With four automated shooting modes (Flick, rocket, Fade Away, and Orbit), you can produce high-quality professional shots at the touch of a button. Add music and effects in the Autel Sky software to make your video even more dramatic, allowing you to achieve spectacular outcomes whether you’re a seasoned pilot or just getting started with drones.

MovieMaster enables you to make fast and simple films in a matter of minutes. Apply templates from the Autel Sky app for quick and easy movie production, allowing you to share your movies in minutes rather than hours.

Autel Skylink is the most advanced image transmission system Autel has ever produced, with a transmission range of 6.2 miles, 2.7K at 30 fps picture quality, and superior anti-interference capabilities while delivering stunning HD video.

You can share your aerial photographs and video clips instantly with the Autel Sky app by placing your smartphone near the EVO Nano mini drone. You can upload aerial photos and videos at a speed of 160 Mbps.

The Autel Nano mini drone includes SonarSound, which allows you to capture voices and ground-based ambient noise with the remote control’s built-in microphone. This lets you bring your video alive even when your drone is flying high above.

The Autel EVO Nano Series is the world’s first and only aircraft line of its size to include an advanced obstacle avoidance technology, making it the ideal choice for drone pilots who want to avoid damage and preserve their equipment. 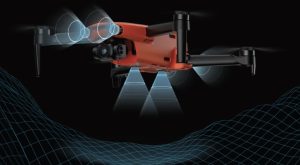 The EVO Nano can stay in the air for up to 28 minutes, giving you plenty of time to experiment with unusual angles and come up with creative ideas.

The Autel EVO Lite drone is available in two varieties. The first, the Autel EVO Lite+, has a 1-inch sensor and an intelligent moonlight algorithm for better nighttime or low-light aerial photos and videos. 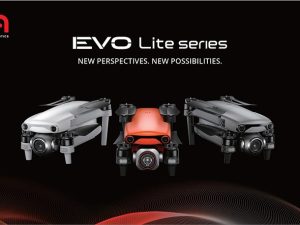 The Autel EVO Lite+ has a 1-inch CMOS sensor and Autel’s smart moonlight algorithm for brilliant nighttime aerial photography and videography. Even when the ISO is increased high, the EVO Lite+ provides crisp, colorful details at night with little noise.

The Evo Lite+’s aperture is adjustable from F/2.8 to F/11, allowing you to modify exposure and depth of field in unique ways to showcase your distinct artistic style.

The Autel EVO Lite is the first drone to employ a four-axis gimbal, making it ideal for shooting vertical videos that can be edited and shared on smartphones.

The Autel Lite is equipped with a 50-megapixel sensor, which features a 1/1.28 inch CMOS sensor and is very sensitive. The camera has an RYYB color filter that absorbs 40% more light and traditional RGGB arrays, allowing you to record natural scenery in all its glory. 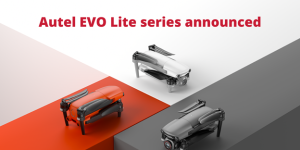 The Autel Lite drone allows for simple, quick, and automatic shooting modes with a single touch of a button. Add music and effects in the Autel Sky app to make your video even more spectacular, allowing you to produce striking results whether you’re an experienced drone pilot or just getting started in the game.

The Autel Lite comes with Dynamic Track 2.1 that allows you to automatically follow any person animal or vehicle so that you can focus on your activities while the Autel Lite drone handles the cinematic side.

The maximum distance of the Autel Skylink is 7.4 kilometers, with a video transmission quality of 2.7K at 30 frames per second and improved anti-interference capabilities. All while relaying gorgeous HD video

The Autel EVO Lite comes with SonarSound, which lets you to capture ambient sounds from the remote controller’s built-in microphone and use them in your drone video recordings.

When you’re finished filming with your Autel EVO Lite, simply place your smartphone next to the drone to quickly upload videos and photographs at a speed of 160 Mbps via the Autel Sky app.

Autel EVO Lite also comes with MovieMaster, which allows you to produce beautiful movies that take far less time to edit. As a result, you may share your drone footage in minutes instead of hours.

The Autel EVO Lite’s new ultra-wide-angle obstacle detection cameras allow you to fly safer than ever before. The sensors on the Evo Lite provide a front field of view of 150 degrees, which is more than traditional systems and reduces the number of cameras needed. 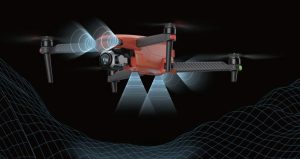 Will these drone from Autel be able to match DJI’s drone? Your guess is a good as mine.