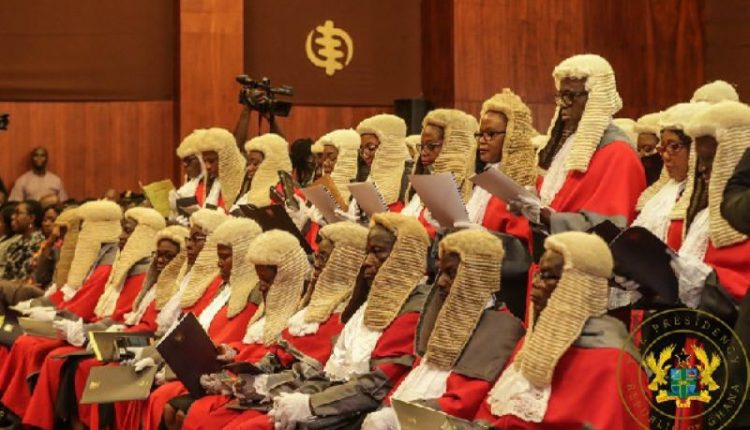 At least 16 past and current judges of the Superior Courts have been fingered by the Auditor-General for the purchase of vehicles contrary to Regulation 158 of Public Financial Management Regulations, 2019 (L.I. 2378).

This regulation provides that the Principal Spending Officer of a covered entity shall obtain the prior written approval of the Minister for the transfer, exchange, sale, donation, contribution-in-kind, trust and any other disposal of any vehicles of the covered entity.

Regulation 158 also states that any such disposal, lease and other action referred to in Sub-regulation 1 that is made without the written approval of the Minister, is void.

A report by the Auditor-General lists the Judges including recently retired Supreme Court Judges Yaw Appau and Julius Ansah as having acquired state-owned vehicles contrary to the provisions of this law.

The Auditor-General wants the vehicles recovered.

“In the absence of approval from the Minister for Finance, we recommended that the auction should be nullified, and the vehicles recovered,” the report stated.

See relevant portion of the report below; 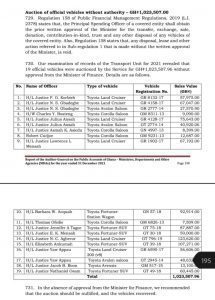