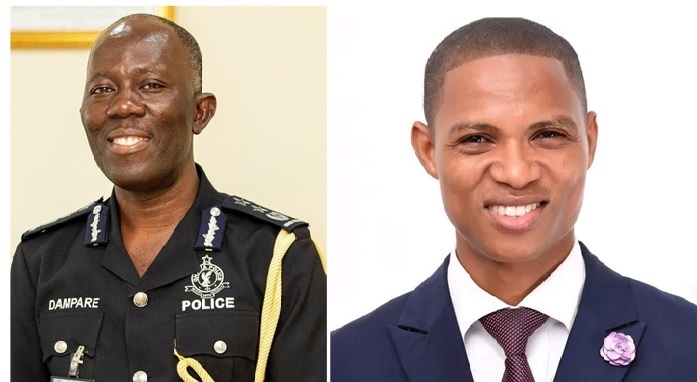 Attempted arrest of Sosu in church: Did the Police administration lie?

In the afternoon of Sunday, October 31, 2021, several news portals reported that a number of police personnel had surrounded Honourable Francis Xavier-Sosu’s church, Believer’s House of Prayer Ministries, in an attempt to arrest him.

This news was confirmed by the Head Pastor of the church, Bishop Chris Ablordey.

But the Ghana Police service released a statement Sunday evening denying that officers were sent to arrest the Member of Parliament (MP) for Madina Constituency at his church.

In the statement which was signed by the Director-General of Public Affairs, ACP Kwesi Ofori, the police administration indicated that the stories circulating that some Police personnel have been dispatched to arrest the MP at a church are “untrue”.

“Any plain-clothed Police personnel found on the premises of the church may have been there for intelligence purposes and not to effect an arrest”, the statement added.

However, a report by Ghanaweb on happenings in Parliament on Thursday, November 4, 2021 sharply contradicts the statement from the police.

Per the article published on Ghanaweb on Saturday November 6, 2021, the Interior Minister, Mr. Ambrose Dery, and National Security Minister, Albert Kan-Dapaah intervened to get the police officers to withdraw from the MP’s church.

This information, according to the report came to light when first Minority Chief Whip, Habib Ibrahim thanked Ambrose Dery in Parliament for his intervention to stop Sosu’s arrest.

“I want to thank the Minister for Interior who happened to be the Deputy Minority Leader of this House and on this side (the Majority).”

“He played a key role in making sure that the Police who were going to arrest the Honourable Sosu withdrew from the church on that very day”, Hon Habib Ihrahim is quoted to have said.

Also, the Deputy Majority Leader, Alexander Afenyo Markin, was quoted to have stressed the need for collaboration with other institutions and that there was no need to “flex muscles”.

“I believe it is that spirit that the Honourable Minister of Interior and National Security Minister worked together in getting to certain agreement in managing the matter”, Hon Afenyo Markin added.