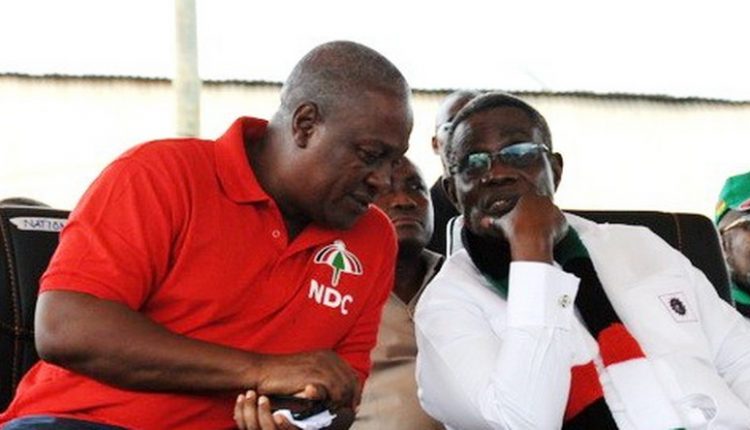 Atta-Mills was a dignified statesman – Mahama

At a ceremony to mark the 10th Anniversary of his passing, Mr Mahama said that the death of Prof. Mills has created a void that can never be filled.

“Professor was an honourable and dignified statesman whose love for his country and his people, was without questions. He was a phenomenon best felt than described. His entry into the pressure cooker and high octane environments, that is, Ghanaian politics was the most opportune development for this country.

“To many of us, he was a breath of fresh air that enabled us to make a clean break from the monotonous acrimonious past, laden with deep-seated divisions. His was a brand of politics and governance, which emphasised the graceful wielding of political power,” he said on Sunday.

Mr Mahama continued that the current happenings of the country and its’s leadership are a clear contrast to former President Mills’ leadership qualities.

He, therefore, called on President Akufo-Addo to emulate the leadership qualities of the late statesman.

“He [Prof Mills] showed utmost restraint and did not allow power to alter who he was. Professor Mills was every embodiment of temperance remains no secret of his preference for peace, over strife, even in the face of provocation, and he lived by this creed until his death.

“This earned him the moniker, Asomdwehene which many fondly remember him for. He was inherently humane and showed great respect to all those he met or had dealings with. To every extent possible, he refused to victimize opponents or critics,” he noted.

On his part, the National Chairman of the National Democratic Congress (NDC), Samuel Ofosu Ampofo remembered the late Professor Atta-Mills as a man whose leadership style brought calmness to the activities of the party

He also enumerated some of the major achievements of the late president.