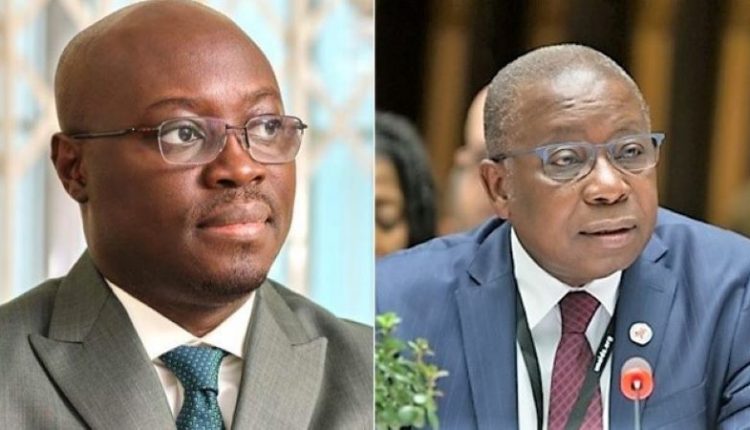 Lawyers for former Deputy Finance and Ranking Member on the Finance Committee, Dr cassiel Ato forson have confronted Health Minister, Kweku Agyeman-Manu, with a letter authorizing payment for the ambulances he is being investigated for.

During examination, lawyers for Dr forson read a letter from the Bank of Ghana which shows that it was the Health Ministry that authorized payment to Big Sea Ltd of Dubai, contrary to his own earlier testimony before a Financial and Economic Court in Accra presided over by Justice Afia Serwaa Asare Botchwey. 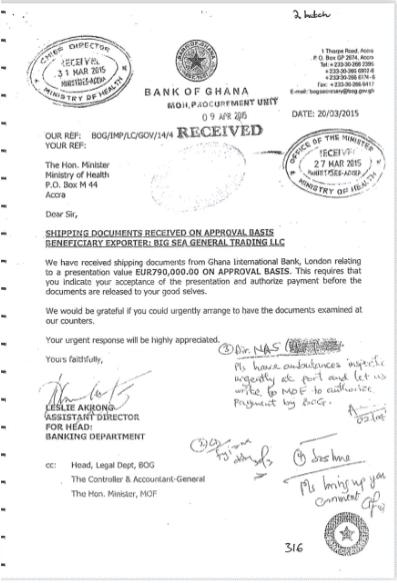 Mr. Agyeman-Manu had at a previous sitting of the Court, stated in his evidence in chief and during cross examination, that it was Dr Cassiel Ato Forson, the first accused, who authorized payment by virtue of a 7th August ,2014 letter requesting for the establishment of letters of credit in favour of Big Sea.

Answering further questions under cross examination on Tuesday, Mr. Agyeman Manu was compelled to read a letter dated 20th, March 2015 and written by an official of the Bank of Ghana addressed to the then Minister of Health asking the Ministry to first, approve shipping documents presented by Big Sea and give authorization for payment under the LC.

Mr. Agyeman Manu who is the third prosecution witness, had initially denied knowledge of the existence of the said letter.

This, the Bank of Ghana stated in the letter “requires that you (Ministry of Health) indicate your acceptance of the presentation and authorize payment before the documents are released to your good selves”.

The letter further requested the Ministry of Health to arrange “urgently” to have the shipping documents “examined” at the Bank of Ghana’s counters.

The content of the letter is diametrically opposite to Mr. Agyeman-Manu’s earlier testimony that Dr Forson gave authorization for payment.

Second prosecution witness, Edward Markwei, who is the Head of the Trade Finance Department at the Bank of Ghana, had earlier testified that the LC in favour of Big Sea had been done on approval basis and without the express authorization and approval by the Health Ministry who were the applicants under the LC, there was no way payment would have been made to Big Sea.

The Health Minister had also earlier admitted under cross examination by Dr Bamba that an LC in itself didn’t constitute payment but was only a guarantee for payment pending the fulfilment of certain conditions.

Former Deputy Finance Minister, Dr. Cassiel Ato Forson and former Chief Director of the Ministry Health, Dr. Sylvester Anemana as well as businessman, Richard Jakpa, have been charged with causing financial loss to the state over the importation of 30 ambulances that formed part of a consignment of 200 under a contract signed between the Ministry of Health and Dubai-based firm, Big Sea Limited in 2012.

Girl dies 5 days after being set on fire by man whose proposal she rejected, police say