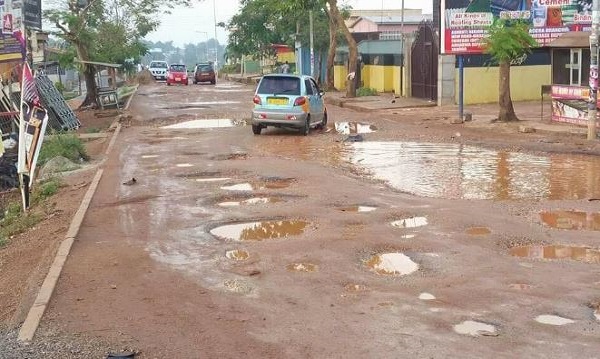 The Members of Parliament in the Ashanti Region have called for a meeting urgently with President Akufo-Addo over the poor nature of roads in the region.

The Chairman of the Ashanti Caucus, Kwame Anyimadu Antwi said although some roads have been fixed and they commend government for that, more needs to be done as there is a lot of pressure from their constituents.

“We have Kwabre East –the roads within Kwabre East are very bad and there are constituencies like Manso Adobea, Nkwanta, Bantama, Kwadaso…, Asante Akyem North and South. So virtually, all the constituencies have some concerns which are roads,” he said.

According to Mr. Anyimadu Antwi, the Ashanti MPs believe that if road projects in the region are completed, constituents’ trust in the government will increase.

He added that the leadership of the Ashanti Caucus will also raise other issues of concern such as electricity in the region in due time.

This follows an attack on the Majority Leader and Suame MP, Osei Kyei-Mensah-Bonsu by his constituents who were not happy about the state of road infrastructure in the region.

Reacting to this, Mr. Anyimadu Antwi condemned the attack on the Majority Leader and called his constituents to exercise restraint as they lobby the government to fix the roads.

“We highly condemn this act. I am not sure Mr. Osei Kyei-Mensah-Bonsu has been given resources that he had to use within the region which has not been used.”

He further urged the residents of Suame who took part in the attack to apologise to Mr. Kyei-Mensa-Bonsu.

Meanwhile, the Minority in Parliament has alleged that the New Patriotic Party (NPP) staged the attack on the Majority Leader.

This is according to the Ranking Member on Parliament’s Roads and Transport Committee, Kwame Governs Agbodza.

According to him, the attack was planned by the NPP to fast-track the loan approval for the 4-tier interchange at Suame.

The Adaklu legislator in a tweet on Tuesday, July 19, urged the public to disregard same.

“Ignore the so-called demo at Suame regarding bad roads. It was planned and executed by the NPP to Fasttrack the approval of millions of euros to build a 4-tier interchange at Suame.”

Nothing Phone (1) Goes On Pre-Order In Malaysia