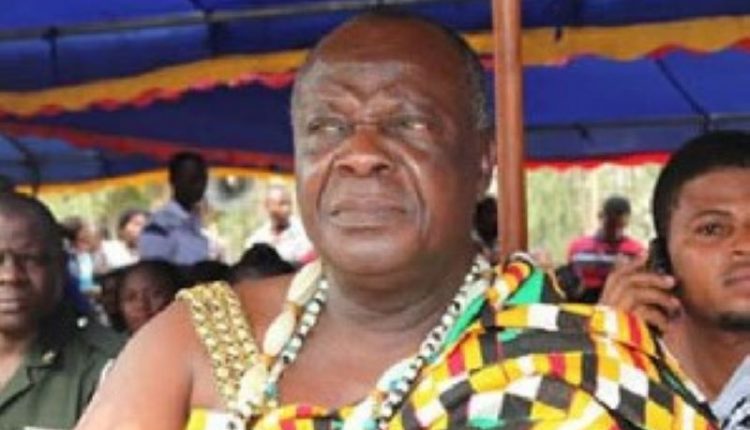 The Ashaiman Divisional Council has announced a two-day closure of all shops and market centers in the Ashaiman Municipality for the funeral of the late Tema Mantse, Nii Adjei Kraku II.

The closure takes effect from Friday, October 28 to Saturday, October 29, 2022. The Council noted that this is in accordance with tradition and customs to allow for a befitting funeral of the late Chief. 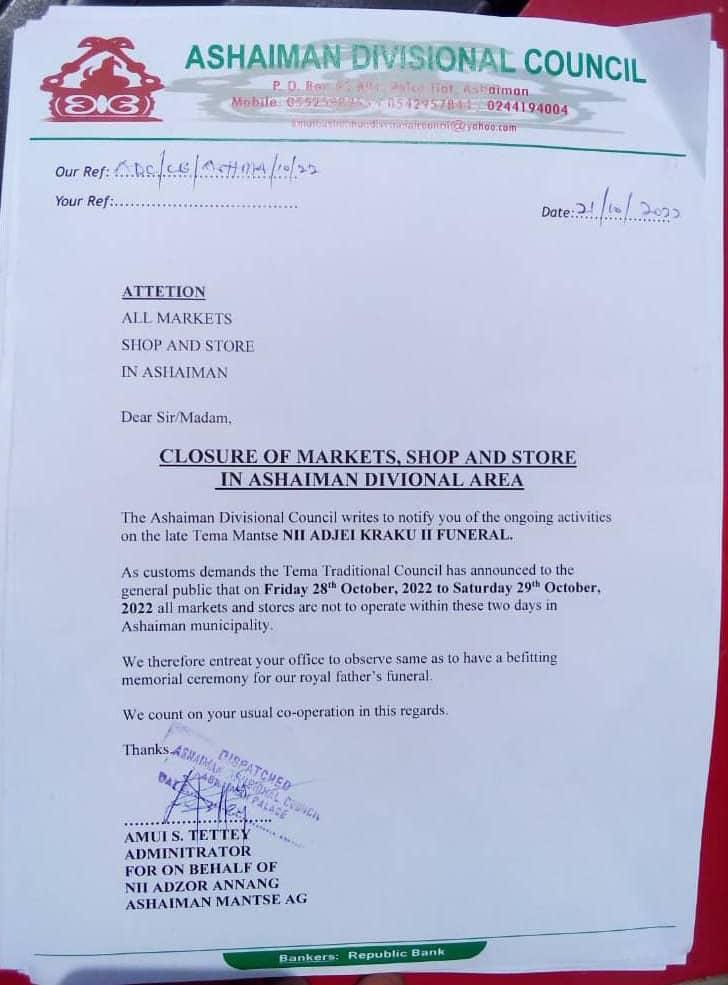 “We, therefore, entreat your office to observe same as to have a befitting memorial ceremony for our royal father’s funeral,” the Council said in a statement.

Reports about the death of the late Tema Mantse officially broke out in March 2020.

The spokesperson for the Tema Traditional Council, Nii Amarh Somponu announced the sad news on March 18, 2020.

Those who insult Akufo-Addo are villagers and witches – Okyenhene

Symptoms That May Be Noticed Before A Cardiac Arrest