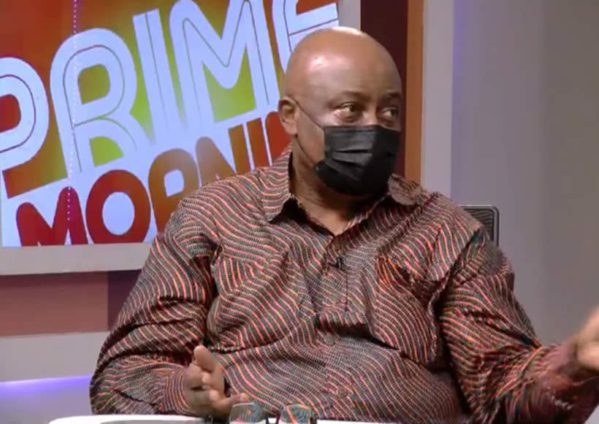 Managing Editor of the Daily Dispatch newspaper, Ben Ephson has advised against any move by the NDC to get the wife of the party’s late founder, Nana Konadu Agyeman-Rawlings to return to their fold.

The renowned pollster opined that such an attempt will annoy some members of the party.

On Friday, November 12, the NDC held a press conference at the party’s headquarters in commemoration of the passing of its founder, the late Jerry John Rawlings.

Speaking at the presser, Member of Parliament for the Klottey Korle Constituency and daughter of Ex-President Rawlings, Dr. Zanetor Agyeman-Rawlings urged the party’s hierarchy to consider steps to reconcile with her estranged mother, Nana Konadu Agyeman-Rawlings.

According to her, this will heighten the chances of the NDC in its bid to annex power in the 2024 general election.

‘… On this particular occasion, let me say the thing that nobody wants to say. Nana Konadu Agyeman-Rawlings is an integral part of this party. Let us do what we have to do to bring her back. In every family, there is conflict. But in every family, there are elders who will be part of the mediation of the conflict. We are calling on our elders. We don’t know what tomorrow holds. But if we want true victory, a convincing win, so that we can rescue the people of Ghana from where we are today, let us do what we have to do,” the MP said.

But speaking exclusively to myjoyonline.com, Ben Ephson disagreed with the legislator. In his opinion, a return of Konadu to the fold of the NDC will rather dampen the fortunes of the party.

‘I don’t think that the call will be received well because she left on her own volition, and if even the late President Rawlings could not prevent her from leaving, I think that if the party decides to rather go and beg her to come, it will create anger and annoyance within the party’, Ben Ephson explained.

The pollster further intimated that Konadu’s departure from the NDC has not been inimical to the party’s electoral fortunes. Therefore, efforts to smoke the peace pipe with her have no electoral significance.

“Mrs. Rawlings got less than 6,600 votes in 2020. She placed 9th, beating only Akua Donkor and Henry Lartey. So politically, her relevance is virtually zero, and rather it could annoy people not to vote for NDC, that it’s a party that someone has ridiculed you, left, the person did not do well and you have gone abegging her to come. It will rather be negative. If she decides to walk in, politics is about numbers. But if NDC takes the initiative, they could lose out, some people might decide not to even vote for them,” Ben Ephson posited.

In 2012, the wife of the late NDC founder, Nana Konadu Agyeman-Rawlings broke away from the party to form the National Democratic Party (NDP). This was after she felt aggrieved about the NDC’s failure to live up to its ideals of probity and accountability; citing a number of allegations against the then hierarchy and rank and file of the party.

Read also:  Let’s do all we can to bring Nana Konadu back to NDC – Zanetor Rawlings