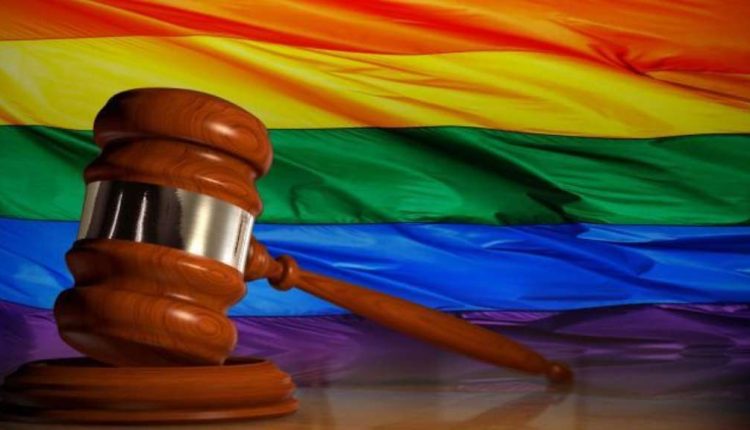 The Anti-LGBTQI+ Bill if passed in its current form cannot meet a constitutional test going forward, this is according to Dr. Poku Adusei, Director (Legal) of the National Communications Authority (NCA).

Contributing to the topic “Ant-LGBTQI+ – threats, cost, sponsors rushing to crash-land?” on newsfile today October 16, 2021, the legal luminary of over seventeen (17) years of experience at the bar opined, “if you look at the tenure of the bill you don’t need anyone to tell you that it won’t meet a constitutional test going forward”

Eight MPs led by Sam George have submitted a private bill to push for the criminalisation of LGBTQI+ activities.

The bill, which they term as a ‘Bill on the Promotion of Proper Human Sexual Rights and Ghanaian Family Values’, was presented to Speaker Alban Bagbin on June 29, 2021.

They want the promotion, advocacy, funding, and acts of homosexuality to be criminalised in the country.

“What is proper in this world when libertarians of Stuart Mills and other scholars have over the years established that going into people’s private affairs in that nature is not the right thing to do?”, he argued while adding that “In so far as that doesn’t impinge on the public values of the citizenry you don’t go into that private sphere”.

“I am firmly convinced we can’t say that homosexualism and its related activities is a human right, I won’t accept that. However, I will also not accept a situation in which you can also say that I’m legislating to actually antagonize, not just antagonize, in fact infringe the rights of certain individuals who have certain orientations.

That way it will be unconstitutional and it’s so overbroad to the extent that you are now telling us that these are the proper values of our humanity, that way, you are mistaken and I think that is where the problem is in respect of the bill.”

The NCA boss added that, “I think that the law, even if it is passed in its current state will not be able to survive and satisfy the threshold of constituitionalism when it goes to the supreme court of Ghana”.

He advised that both supporters and opposers of the bill should moderate how they castigate each other for taking certain entrenched positions as there is nothing proper in the “discourse to say that proper sexuality and human values…. no, it is not and as we have followed our cultural disposition over the years you realise that things have changed.”

He said the country has transitioned from strict ways of interpreting cultural practices values into a more liberal form which is consistent with democratic values that the nation decided to absorb.

Dr. Adusei therefore cautioned that “we should be careful in thinking we can legislate into other people’s lives” because when that happens then it means we want to take away certain things that people “want to keep private into the public sphere and that is wrong in terms of what the law is seeking to do”.