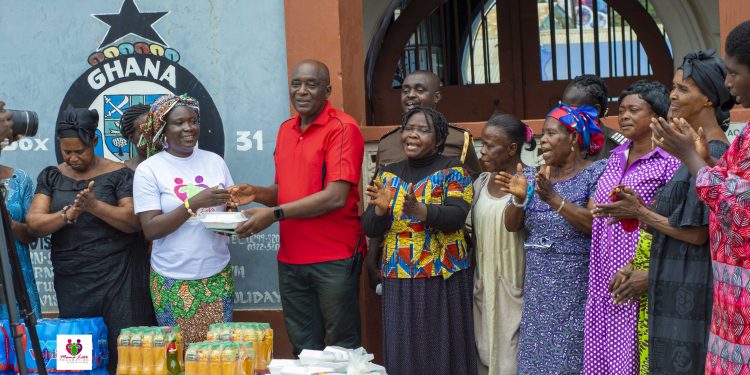 An Obuasi-based non-governmental organisation, Mama Love Foundation, is thus advocating for the provision of facilities to promote conjugal visits in the nation’s prisons.

The President of the Foundation, Rev. Dr. Love Konadu, made the call when she led her organisation and London-based Obuasi Sikakrom Association to donate food items, cooked food, soft drinks, and bottled water to inmates of the Obuasi Prisons.

In Ghana, prison rules abhor all forms of sexual acts whiles prison regulations make no provision for conjugal visits which permit spouses of incarcerated persons to spend intimate moments with their partners. Some prisoners, in their quest to satisfy their sexual cravings, resort to same-sex relationships.

Dr. Love Konadu however mentioned that NGOs like hers are prepared to partner government in setting up facilities to accommodate spouses for such periodic visits.

“Though the country has taken steps to alleviate the plight of inmates, we are ready to partner with the government to put up facilities in our country’s prisons to allow inmates to satisfy their sexual drives. We believe this will put an end to all forms of homosexuality as reported in our prisons”.

On the healthcare needs of convicts, Rev. Dr. Konadu again called on the government to set up proper clinics at the prisons, and improve the conditions of existing ones to take care of the health needs of the prisoners.

Commenting on the rationale behind the donation and the health screening exercise, the leader of the Foundation said, it is a follow-up to their previous donation to the Obuasi Prisons after they provided standing fans, water closet facilities, and decent bathrooms for the inmates.

She said the gesture is intended to bring joy to the prisoners this Easter. She again revealed that the group together with market women in Obuasi has also planned to donate food items to the prisoners in the latter part of this year.

Receiving the items on behalf of the inmates, Chief Supt. Diabor Adam Mahama thanked the NGO for their benevolence, saying the food items will supplement what they have in stock.

On issues of allowing conjugal visits, the second in command of the Obuasi Prisons said though the idea is laudable, the Prisons do not have facilities for such visits.

He promised that the Obuasi Prison is committed to fulfilling its mandate of keeping inmates in safe custody, upholding their welfare, and reforming and rehabilitating them to be acceptable in society.

A conjugal visit is a scheduled period in which an inmate of a prison or jail is permitted to spend several hours or days in private with a visitor. The visitor is usually their legal spouse, and the visit’s purpose is usually sexual activity.

The generally recognized basis for permitting such visits in modern times is to preserve family bonds and increase the chances of success for a prisoner’s eventual return to ordinary life after release from prison. They also provide an incentive to inmates to comply with the various day-to-day rules and regulations of the prison.

Conjugal visits usually take place in designated rooms or a structure provided for that purpose, such as a trailer or a small cabin. Supplies such as soap, condoms, lubricant, bed linens, and towels may be provided.

Conjugal visiting is permitted in 10 of the 23 European countries surveyed. Sweden, Norway, and Denmark have very liberal policies for all prisoners. The Netherlands, Switzerland, West Germany, and Yugoslavia permit visits for selected groups, usually inmates who have served much of their sentences.