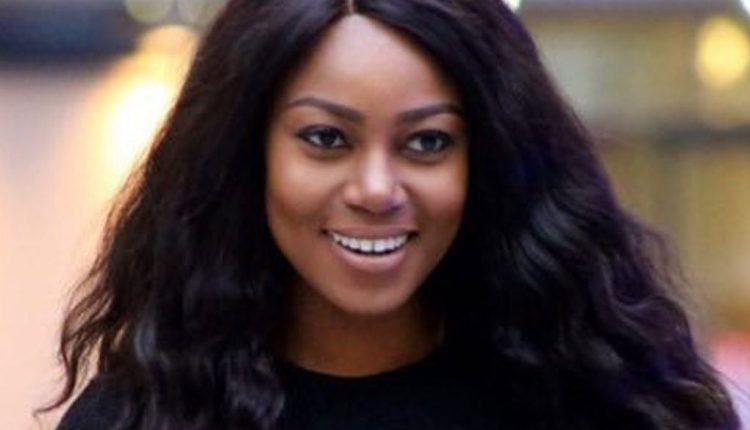 Actress Yvonne Nelson has said people close to President Nana Addo Dankwa Akufo-Addo do not talk to her anymore because of her anti-government tweets.

Ms Nelson does not shy away from tweeting about national issues and how the government and politicians are running down the state.

According to her, assertions by some Ghanaians that she has been quiet and less critical of the Akufo-Addo administration unlike she was under the Mahama-led administration, is not true.

She said her critics just want to see her on the streets demonstrating like she did during the NDC era with her famous “Dumsor Must Stop” walk.

Nelson noted that the fact that she is not on the streets demonstrating under this administration does not mean she is quiet or less critical of the Akufo-Addo government.

Speaking on Ayekoo Ayekoo on Accra100.5FM on Thursday, 20 January 2022, the multiple award-winning actress said: “I’m always talking about politics”, noting: “They just want to see Yvonne Nelson out there with the crowd demonstrating; that’s all they want to see”.

On why she embarked on the ‘Dumsor Must Stop’ demonstration, Ms Nelson told show host Nana Romeo: “When I tweeted: ‘Dumsor Must Stop!’, which was affecting all of us, it was trending on Twitter and that’s how come I took it on the street”.

“So, if I talk about something on Twitter and it doesn’t trend and it doesn’t generate a lot of interaction, there’s no momentum, how do I get people to rally behind me to do whatever. So, I’ve always been talking about politicians.”

Ms Nelson, who is also a movie producer, went on further to say: “I talk about the president all the time”, insisting: “When something is going wrong, I tweet about it; they can check my tweets…”.

As a result, she revealed: “People close to the president are not even talking to me anymore because of my tweets.”

She noted that it was normal for people close to the President not to want to talk to her anymore because she is being critical of the government.

“Sometimes, when I tweet, I’ve a long message from whoever; explaining things. And, I say: ‘Listen, the average Ghanaian cannot see this, so, please go out there and let the average Ghanaian understand this’. People are thinking about the monies in their pockets and not the stuff you’re typing to me,’” she noted, stressing: “I’ve never been quiet. It’s there, it’s on Twitter, so, why is anyone saying I’m quiet.”

Tanker explosion at Kaase in Kumasi renders many homeless