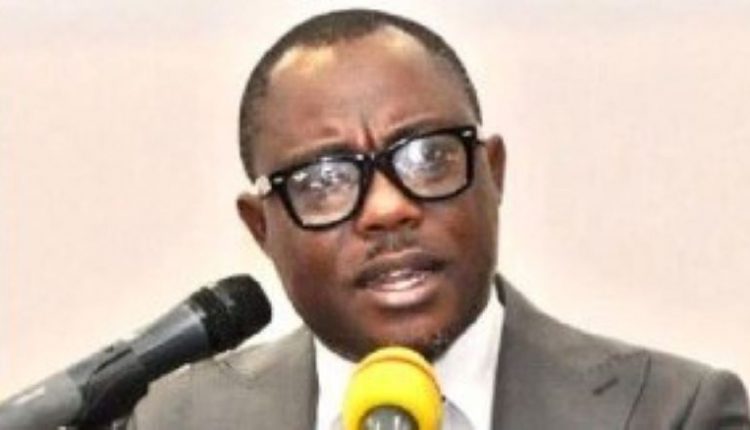 A political science lecturer at the University of Ghana, Professor Ransford Gyampo, has described President Nana Addo Dankwa Akufo-Addo’s announcement to cut the expenditure of Metropolitan, Municipal, and District Assemblies (MMDAs) by 30 per cent as nothing serious.

Prof Gyampo also emphasised that President Akufo-Addo’s failure to admit what government did wrong to plunge Ghana into the current economic crisis, was disturbing.

According to him, the announcement cannot be taken seriously as statutory payments for some MMDAs are always in arrears because some do not receive theirs for many months.

In an analysis of the president’s address to the nation, Prof Gyampo noted in a Facebook post: “Following our current economic miserisation, many Ghanaians including myself, asked the president to halt his tour of the regions and to show leadership by addressing the nation. It is not clear whether he listened to these calls but the bottom line is, he’s addressed us.”

According to the lecturer, the president said “something that was very commendable and assuring in helping to ease the panic and tension that have worked to further exacerbate our economic crisis. Indeed, it was pleasant to hear the president saying ‘there would be no haircuts’. This was an emphatic statement that can slow down the rate at which people are disinvesting their monies from treasury bills for the purchasing of dollars, thereby worsening our woes”.

“The assurance of no haircut is a direct and straightforward message that can help in restoring calm and partly fixing our crisis. In my view, the president must be commended for this bold and audacious statement.”

However, the lecturer noted that beyond this, “the president showed clearly that his government, fundamentally, has no solution to our crisis, thereby lending credence to the calls for his resignation.”

He stressed: “In the lead-up to his election in 2016, he [the president] knew that not many Ghanaians paid taxes and there were several promises from his quarters to widen the tax net. Why hasn’t this been done in the last six years and why are we now going to do it? “

Professor Gyampo indicated that President Akufo-Addo and his government, “are not really interested in the kind of austerity interventions that would help, probably because he and his appointees aren’t prepared to alter their opulent lifestyles.”

“Why did he not respond to the several clarion calls for a downsizing of his government? Why does he want his appointees and footsoldiers to continue to ride in V8 vehicles even when they are going to buy groceries at the mall?” he wondered.

“Anecdotal evidence shows that about 63 per cent of fuel in Ghana is freely used by government ministries, departments, agencies, footsoldiers, family members, friends and other concubinage relations. Why was there no announcement of austerity to reduce this?” the lecturer quizzed.

He described President Akufo-Addo’s proposal to continue with the 30 per cent cut in salaries of appointees as “mere propaganda.”

“Moreover, the proposal to continue to cut 30 per cent salary of appointees, to my mind, is a mere propaganda. There is no evidence to show that appointees truly had their salaries cut by 30 per cent as previously announced. Unless we see the pay slips of these appointees and do a ‘before-and-after’ scrutiny, I dare say that the president merely spewed propaganda on this issue,” Prof Gyampo stated.