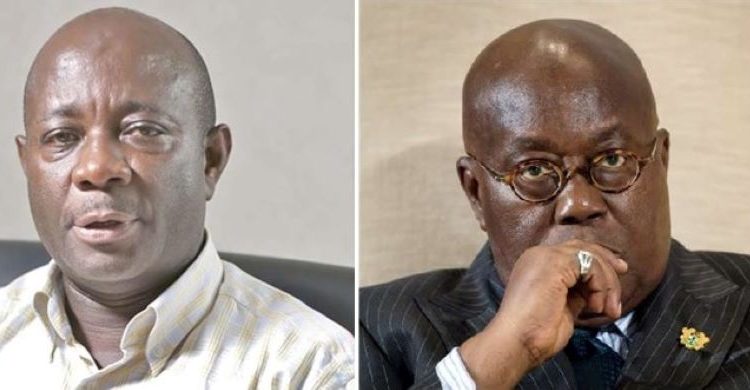 The founder of the United Progressive Party (UPP), Akwasi Addai Odike says President Akufo-Addo must be made to resign immediately.

According to him, President Akufo-Addo has demonstrated time with numbers that he is not a good leader but an authoritarian.

In his view, a country like Ghana does not deserve such a person as its president.

Joining hundreds of Ghanaians to demonstrate against the current economic crisis the country is facing on Saturday, November 5, Mr Odike said the entire government lacks the know-how to address the problems.

This, he says makes President Akufo-Addo unfit to lead the country.

“I have been a number one advocate for Nana Addo to step aside because he doesn’t respect Ghanaians. Nana Addo thinks he is doing Ghanaians a favour as a president and he does not respect the oath he swore to do good and everything possible to transform this country.

“In the midst of Covid-19, Nana Addo exhibited profligate lifestyle hiring and bathing in the sky while Ghanaians suffered. He is there only to apportion blame.

“Akufo-Addo is not a leader. He is an authoritarian and we cannot allow him to continue as president of this nation,” the outspoken politician said in an interview with JoyNews.

Some civil society organisations including FixTheCountry, Arise Ghana, Economic Fighters League and other activists have joined the demonstrators, saying the President and his government have not done enough to alleviate the plight of citizens in the struggling economy.

Martin Kpebu in an earlier media interview said the wanton corruption and mismanagement of the economy give a clear indication that Ghanaians can no longer wait until the end of Mr Akufo-Addo’s four-year term.

He said after today’s protest, the president together with his vice ought to leave office in order to pave way for the constitutional provision for his replacement to be set in motion.

“This can’t continue. We can’t borrow all the time and have Databank becoming richer all the time. Citizens have a duty as stated in Article 41 [of the Constitution] to ask the president to resign and this is not the first time that a president of Ghana is going to resign,” Martin Kpebu said.