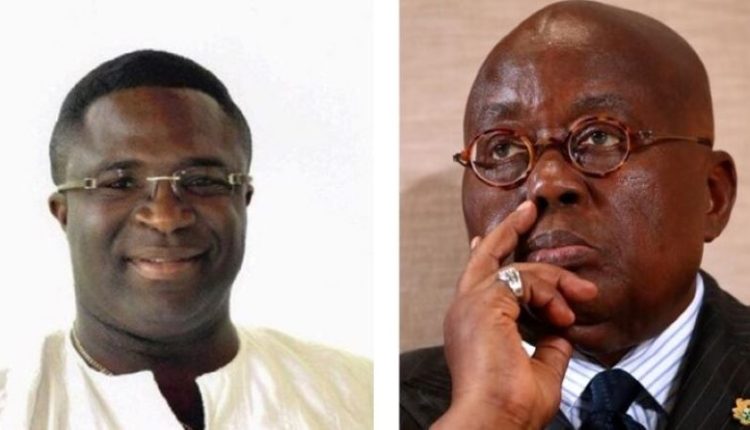 Member of Parliament (MP) for Subin Constituency, Eugene Boakye Antwi has dared anybody, including President Nana Akufo-Addo, to unseat him as MP for the Subin Constituency, stressing that it is the people of Subin who made him MP and no other person can oust him from his position.

Speaking in an interview with Joy News over threats that New Patriotic Party (NPP) who demanded the dismissal of Finance Minister Ken Ofori-Atta could be targeted for victimisation for their stand, Mr Eugene Boakye Antwi asserted that the President has no power to scuttle his reelection bid or make him cease to be MP.

“God made me an MP. Akufo-Addo did not make me an MP. You understand? God made me an MP! I was elected as Akufo-Addo was elected. So no one should threaten anybody. When you veer into that realm, you even muddy the waters even more. I am not here speaking as Eugene Boakye Antwi. I am here speaking as the representative of the very good people of Subin. So they shouldn’t bring all these threats and what have you.

Mr Antwi explained that as a party, there are bound to be disagreements and that their push for the sacking of Ken Ofori-Atta is in the best interest of the party as it will help President Akufo-Addo leave a good legacy behind as President.

Eugene Boakye Antwi stressed that “the decision we[ some 95 NPP MPs] have taken as MPs is to ensure that Nana Addo Dankwa Akufo-Addo, whom I have served loyally and faithfully for two decades, leaves a lasting, befitting legacy for this tradition.”

In October some 80 NPP MPs petitioned the President to dismiss Ken Ofori-Atta for causing a loss of confidence in the Ghanaian economy. The later increased to 95 and later all the MPs joined in calls for his dismissal.

This has led to speculations that leaders of this agenda to get Ken Ofori-Atta sacked could lose their seats.