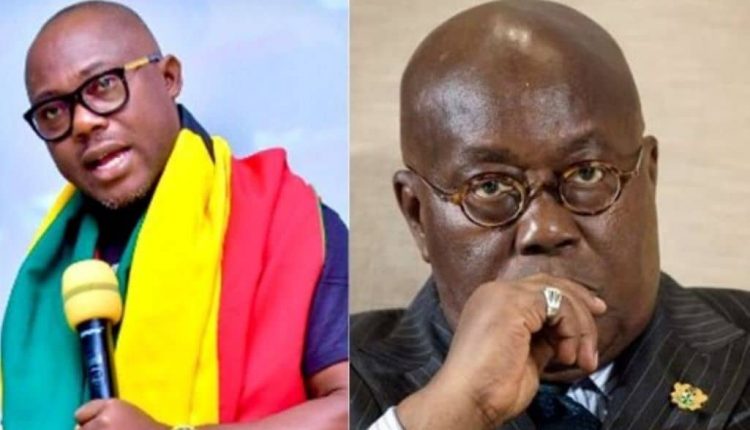 Professor Ransford Yaw Gymapo, a Senior Lecturer at the University of Ghana has chastised President Nana Akufo-Addo for “abandoning” Mr. Kwabena Agyapong after helping him (the president) in his re-election bid.

“Mr President, you actually invited Mr. Kwabena Agyapong to help your re-election only to abandon him after your victory?”, Prof Gyampo queried in a Facebook post.

“This doesn’t speak well of you sir. It makes you appear overly vindictive”, he added

For his crime, Mr Agyepong was accused of falling guilty of violating Article 3(d) of the NPP constitution, which tasks members to uphold the decisions of the party.

Again, he was accused of engaging in unilateral actions and activities without consultation with or seeking authorization from the party’s National Executive Committee (NEC).

However, during the 2020 election campaign, Mr Agyepong joined the president on his re-election tour even though his suspension had not been lifted.

In May this year, the NPP announced the lifting of Mr Agyepong’s suspension.

But in his post, Prof Gyampo suggests that not much has been done by the president to mend the cracks in the party.

“Given the closeness of the last election, you must be intolerant of whatever divides your party. You must not listen to the hawks and hardliners around you. They do not seek your good. They only hero-worship you for the sake of their own stomach”, he advised the president.

He encouraged the president to be magnanimous enough to reach out to Sammy Crabbe, Paul Afoko and Kwabena Agyapong.

“You must be magnanimous, particularly now that you are exiting. Reach out to the Sammy Crabbes, Afokos and of course the Kwabena Agyapongs. This would make you look good in the eyes of many Ghanaians as a man of conciliation, he stated.

He went on to advise the president to actively deal with the cracks within the party before exiting power.

“You must exit as a statesman. You must actively deal with all cracks before exiting. Don’t be seen to be too hard on your supposed internal political enemies even after your victory. It is unchristian and politically inconsequential. This is my Xmas message to you”, Prof Gyampoh added.

Dr Bossman Asare, other EC officials kicked out of meeting with Parliament for failing to justify Jean Mensa’s absence