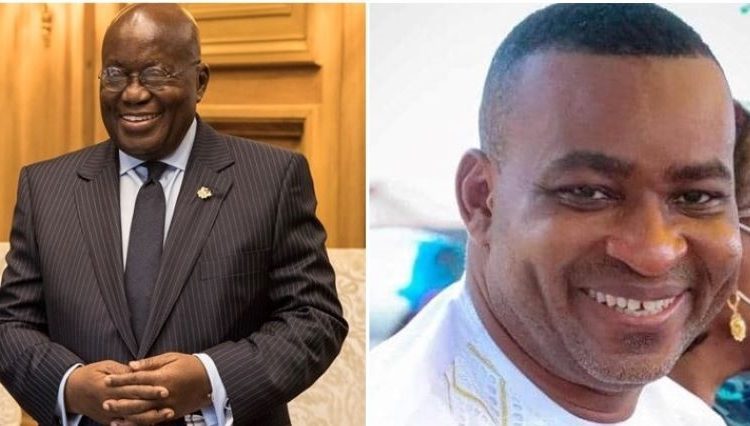 Akonta Mining not engaged in any illegal mining – Akufo-Addo

President Nana Addo Dankwa Akufo-Addo has exonerated Akonta Mining Company Limited from any wrongdoing, stressing that the Company is not involved in any illegal mining anywhere in Ghana.

“Let me respond briefly to the chairperson on the issue of illegal mining,” President Akufo-Addo remarked after concerns about the menace came to the fore at the 28th National and 16th Biennial Congress of the National Union of Ghana Catholic Diocesan Priests Association held in Koforidua.

“I want to assure him and all of you that Akonta Mining is not engaged in any illegal mining anywhere in Ghana as we speak.

“Further, the Ministry of Lands and Natural Resources has through the agency of the Forestry Commission with the assistance of the military made the effort to cordon off all 294 sites of forest reserves in the country and rid them of illegal mining as we speak.”

President Akufo-Addo was responding to a concern expressed by the chairperson of the occasion, Ing. Ken Ashigbey, regarding Akonta Mining Company Limited’s supposed infraction of the laws to mine in  the Tano Nimiri Forest Reserve in the Western North Region.

Despite having a mining lease, the Ministry of Lands and Natural Resources in October, 2022 stopped Akonta Mining Company Limited, owned by New Patriotic Party’s Ashanti Region Chairman Bernard Antwi-Boasiako, from mining in the forest reserve.

The issue is under investigation by the Special Prosecutor.

President Akufo-Addo reiterated his government’s commitment to “win the fight against galamsey no matter the cost in effort”.

Youth of these days sleep too much – CEO of McDan