Addressing the media after the court proceedings on Wednesday, September 14, 2022, Mr. Effah Dartey indicated that he was preparing to defend Aisha Huang on her first arrest just for him to be told that she has been flown out of Ghana.

“The next day what I heard was that my client has been flown out of Ghana back to China or wherever, but out of Ghana. I didn’t understand why the Attorney General did not allow us to finish the case. I think it was a wrong move,” Mr. Effah Dartah narrated.

He continued: “Today, we were told that she sneaked out of Ghana. Which is a blatant untruth. An inaccurate statement which was made to the court, very sad and most unfortunate.”

The charge sheet for the prosecution of madam Aisha Huang after she was remanded indicated that she sneaked out of the country on her first arrest five years ago.

“During the year 2017, the 1st accused was arrested for similar offense but managed to sneak out of the country averting prosecution,” portion of the charge sheet reads. 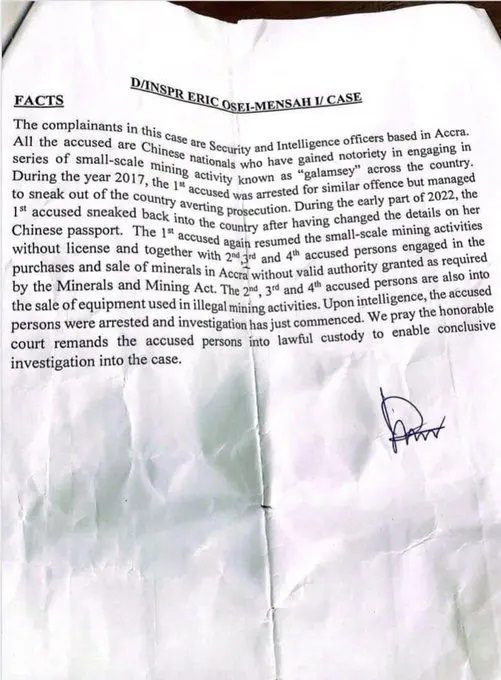 Meanwhile, the Chinese national Aisha Huang who re-appeared in court Wednesday, September 14, 2022, has pleaded not guilty to two charges at the Circuit Court in Accra Wednesday.

The charges are engaging in sale and purchases of minerals without valid licence and Mining without licence.

Aisha Huang, who appeared with three others, spoke through an interpreter.

Was Aisha Huang deported or sneaked out? What the fact sheet says

Aisha Huang is married to a Ghanaian businessman – Lawyer