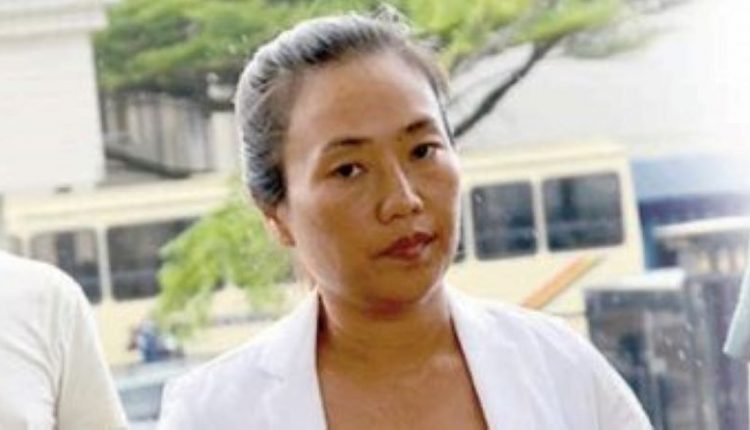 Aisha Huang, aka Aisha Ruixia, a 47-year old ‘galamsey’ kingpin who was deported in 2019 is back in Ghana and mining without license.

Aisha was remanded into lawful custody by an Accra Circuit Court last Friday, after the court presented her plea. She had to be remanded because there was no Chinese interpreter.

The three, including a female (Jei) have denied the charge and the court presided over by Mr Samuel Bright Acquah has remanded them into lawful custody to reappear on September 14.

At the court, Detective Chief Inspector Frederick Sarpong, prayed that they should be remanded as investigations were underway.

The facts as narrated in court are that the complainants are security and intelligence officers whereas the the accused persons are Chinese nationals.

The prosecution said Aisha had gained “notoriety for engaging in a series of small scale mining activities known as ‘galamsey’ across the country.

It said in 2017, Aisha was arrested for a similar offence, but she managed to “sneak out of the country averting prosecution.

The prosecution said early this year, Aisha “sneaked’ into Ghana having changed the details on her Chinese passport.

It said Aisha resumed small-scale mining activities without a license and further engaged in the purchase and sale of minerals in Accra without valid authority as granted by the Minerals and Mining Act.

The prosecution said she had engaged in the sale and purchase of minerals with the three accused persons and that intelligence led to their arrest.