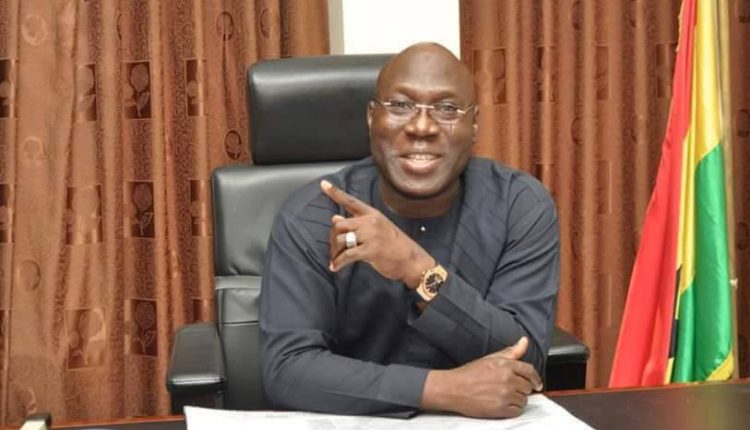 Former Lands Minister, Inusah Fuseini says the Owoo family, the allodial owners of the land that serves as the Achimota Forest Reserve was duly compensated, by the British colonial government, for the land.

According to him, “compensation was paid, £4000 pounds then in 1951, 1957…I am aware that the colonial government paid four thousand pounds for the land and that was a huge amount of money in 1951.”

The former Minister for Lands and Natural Resources under the erstwhile John Mahama Administration made this revelation on Joy FM’s Top Story, Wednesday.

Besides, Mr. Fuseini recalled that during his regime as a Lands Minister in 2013, a ceremony was held in the forest to release about ninety to hundred acres of the land to the Owoo family.

“A study was done and then we all agreed, including the Owoo family that, that was what they were entitled to. There was a ceremony to release that part to them that took place in the forest itself. I was there, the Wulomei was there, the Owoo family was there, and my deputy and everybody were there…about ninety to hundred acres thereabouts was released to them,” he said.

This, he said was to prevent any further encroachment on the forest and to enable the forest to be put to good use.

Against this backdrop, Mr. Fuseini contended that the Owoo family is not entitled to any further compensation from the government.

“With the greatest respect to the Owoo family, they have always maintained that they are not entitled to a dime. That’s why in my letter, I only maintained that it was only on compassionate grounds with the realisation and acknowledgment of the fact that they were the allodial owners of the land,” he said

He noted that the Owoo family to the best of his knowledge “have never claimed compensation of the land.”

He maintained that “What they have always said is because that vast amount of land was taken from them, it deprived them the benefit of the use of the land and now they are almost robbed of their resource and so government should reach out to them and see how it can put them in a better position to continue to carry on as a family.”

The Former Lands Minister also disagreed with the government’s declassification of the Achimota Forest reserves.

He questioned whether such a move by the government will prevent any further encroachment of the forest lands.

“The ultimate purpose for the return of the land to the Owoo family on compassionate grounds under His Excellency John Mahama was to try to protect what was left of the forest. So if you don’t protect the forest and you just declassify the forest, what is the guarantee that there won’t be further encroachment,” he quizzed.

It’ll be ‘unjustifiable’ to condemn Agricult, Agongo for giving us ‘messiah’ Lithovit fertiliser; ‘we need it’ – Cocoa farmer

Minority to file motion in over killing of Albert Donkor