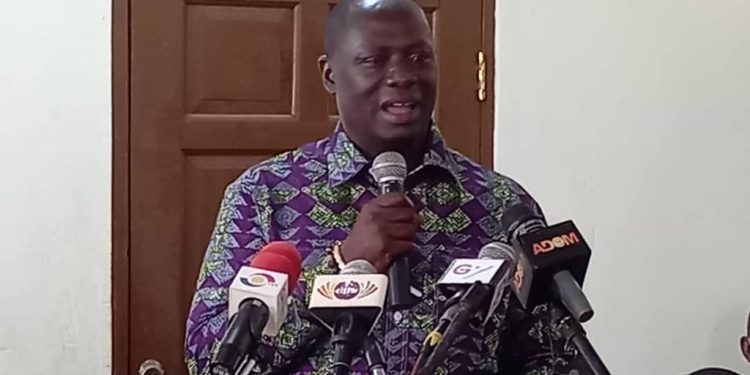 The Minority in Parliament is demanding full disclosure regarding an amount of GH¢207 million that allegedly cannot be accounted for by the Ministry of Trade and Industry.

According to the Ranking Member on the Trade and Industry Committee of Parliament, Emmanuel Armah Kofi Buah, out of GH¢269 million allocated for the payment of interest subsidies for some firms under the One District, One Factory (1D1F) policy, the Ministry could only account for about GH¢62 million at the budget hearings.

“The government has taken the taxpayers’ money of GH¢269 million and that is clearly in the report which says they have given that money to a list of banks to support the derisking of these loans that are given to these companies,” Mr. Buah complained.

Addressing the media after the approval of the estimates for the Ministry of Trade and Industry on Friday, December 17, 2021, Emmanuel Armah Kofi Buah demanded greater transparency in the incentives regime of the government’s flagship policy on industrialization.

“Unfortunately, the Ministry was only able to account for GH¢62,281,484. What it means is that a total amount of GH¢207,407,899 has not been accounted for. As far as we are concerned, that amount of money is missing…Alan Kyerematen must come clean and explain where the amount of over GH¢207 million is.”

The 1D1F policy is one of the flagship programmes by the Akufo-Addo-Bawumia led government.

The President, Nana Addo Dankwa Akufo-Addo, had earlier said the initiative has come to stay.

According to him, the initiative holds the key to Ghana’s industrialisation agenda.

President Akufo-Addo insisted that sustaining the policy would lead to numerous job opportunities for the citizenry.

E-Levy: MTN, others to cut momo transfer charge by 25%