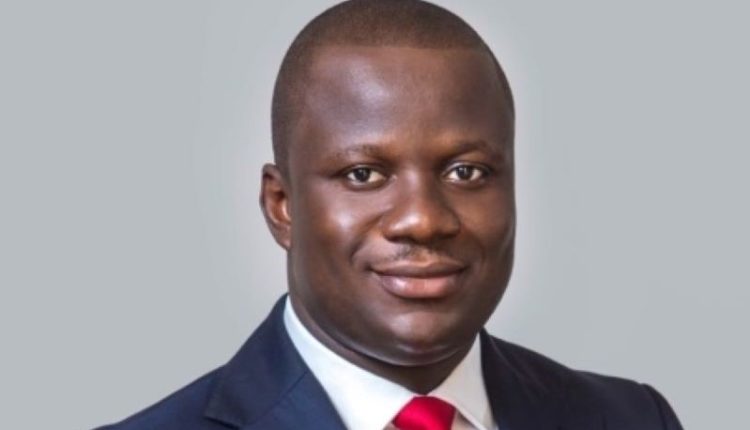 President Nana Addo Dankwa Akufo-Addo has tasked the Minister for Lands and Natural Resources Samuel Abu Jinapor to assume responsibility for the Ministry of Trade and Industry with effect from Monday 16th January 2023 pending the appointment of a substantive replacement for Alan Kyerematen who resigned last week.

This was announced by the Director of Communications at the Presidency Mr Eugene Arhin in a statement on Friday January 13.

The President earlier asked the Minister for Finance, Mr Ken Ofori-Atta, to act as caretaker Minister at the Ministry of Trade and Industry, until a substantive appointment is made.

It is unclear why he has removed him as caretaker Minister.

“The President of the Republic, Nana Addo Dankwa Akufo-Addo, on Friday, 6th January 2023, accepted the resignation from office of Mr Alan Kyerematen as Minister for Trade and Industry.

“This was after Mr Kyerematen, on Thursday, 5th January, informed the President personally of his decision to resign, and subsequently submitted his letter of resignation to him.

“President Akufo-Addo thanked Mr Kyerematen for his services to his government and to the country, and wished him well in his future endeavours.

“The President has asked the Minister for Finance, Mr Ken Ofori-Atta, to act as caretaker Minister at the Ministry of Trade and Industry, until a substantive appointment is made,” an earlier statement issued by Mr Eugene Arhin said.

Read the statement below: 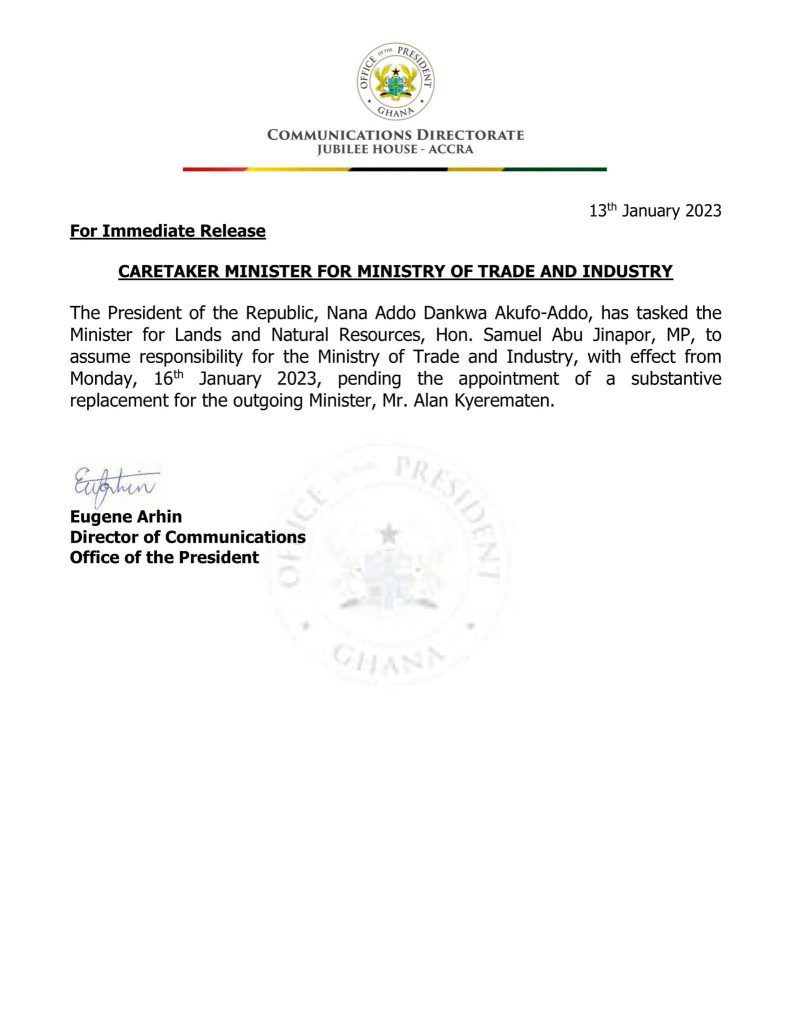