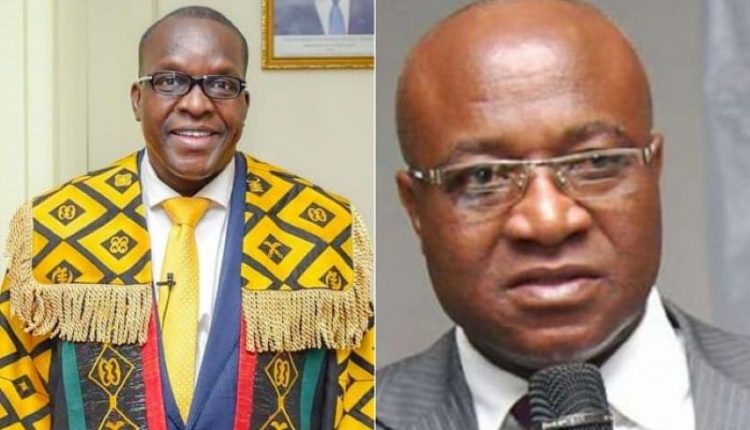 Majority Leader, Osei Kyei-Mensah-Bonsu, has taken strong exceptions to the Speaker of Parliament’s decision to direct the plenary to debate the fate of Dome Kwabenya Member of Parliament (MP), Sarah Adwoa Safo and two other legislators over absenteeism.

Kyei-Mensah-Bonsu maintains that the Speaker erred in referring the matter back to the house, explaining that the ruling flies in the face of the constitution and threatened to challenge the decision.

“I totally disagree with the ruling. It doesn’t sit with the constitution and I must express my discomfort with this unfortunate ruling that has been made because it is very inconsistent. We will come back with a substantive motion to challenge the ruling”, Kyei-Mensah-Bonsu said on the floor of the House right after the ruling.

The Speaker of Parliament, Alban Bagbin, on Wednesday, October 26, 2022, gave clearance for a report from the Privileges Committee on three absentee Members of Parliament to be tabled and debated in the House.

Mr. Bagbin dismissed attempts for him to declare some of the seats vacant without a formal debate of the Privileges Committee’s report.

In his ruling, Rt. Hon. Alban Bagbin said, “the preliminary objection for the admissibility of the report is hereby dismissed in limine.”

But at a press briefing shortly after the ruling, Osei Kyei-Mensah-Bonsu registered his disagreements, adding that the decision is detrimental to parliamentary business.

He argued that, the ruling of the Speaker should have been based on the reports of the Privileges Committee.

“I am insisting that the Speaker is totally wrong in his understanding of the Constitution. He has taken us on an obsequious journey that is not helpful to the growth of Parliament. The matter doesn’t rest with plenary.”