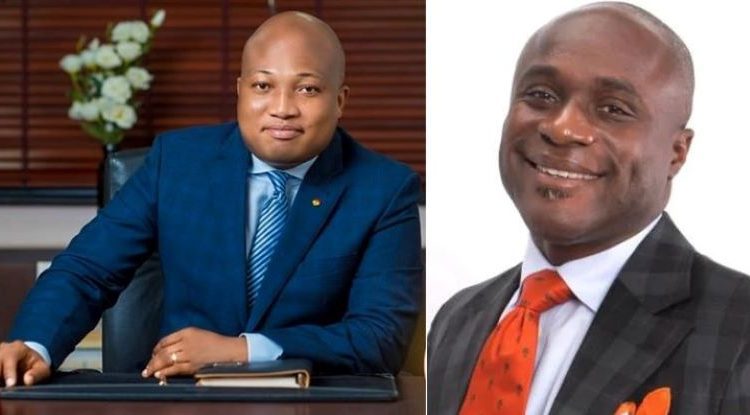 North Tongu MP, Samuel Okudzeto Ablakwa is calling for the head of Secretary of the National Cathedral Board of Trustees.

He has accused Rev. Victor Kusi-Boateng, who doubles as the founder of Power Chapel Worldwide, of conflict of interest including possession of multiple identities among other suspicious dealings.

He further alleged that the recipient company of the said ¢2.6m is “owned by Rev. Johannes Eshun who describes himself as the spiritual son and protégé of Rev. Victor Kusi-Boateng, Founder of Power Chapel Worldwide and Member/Secretary of the National Cathedral Board of Trustees.”

But the legislator suspects that this goes deeper than meets the eye following details he has purportedly acquired regarding the said Kwabena Adu Gyamfi.

According to him, Rev. Victor Kusi-Boateng appears to be using questionable means to divert funds from the National Cathedral Project to himself.

He explained that Rev. Kusi-Boateng’s supposed alternative identity is behind some key activities involving the National Cathedral Project which have the propensity to dent the integrity of the edifice.

“From unassailable and irreproachable documents in my possession, Rev. Victor Kusi-Boateng AKA Kwabena Adu Gyamfi uses multiple passports and multiple identification cards with different names and different dates of birth as his special modus operandi.

“When JNS Talent Centre Limited was being incorporated, he submitted a passport with the name Kwabena Adu Gyamfi. The passport’s number is G0886001. At the time, he claimed his date of birth was 30th December 1969,” he said.

Another matter of interest for Mr Ablakwa is that “when the National Cathedral of Ghana was being incorporated on the 19th of July, 2019; Rev. Victor Kusi Boateng used his driving license for the registration.”

“For his driving license, he uses the name Boateng Victor Kusi. In a more bizarre twist, he uses a different date of birth which is captured as: 07/09/1971. This date of birth makes him about two years younger than what’s contained in his numerous Kwabena Adu Gyamfi passports.”

Speaking on Joy FM on Monday, Okudzeto Ablakwa also alleged that the National Cathedral’s Board of Trustees is unaware of this detail.

For him, this means the payment for the said JNS Talent Centre Limited among other transactions leaves the situation more scandalous than he earlier imagined.

“It is clear to us that this JNS and Kwabena Adu Gyamfi, they have clear questions to answer with conflict of interest, clear insider dealings and really this whole National Cathedral project and the way people associated with this project are conducting themselves,” he said on Joy FM‘s Super Morning Show.

“That is why this afternoon I am petitioning CHRAJ to commence investigations into this matter under Article 218 of the 1992 constitution.”

He further demanded the resignation of the preacher from the Board as a show of commitment by President Akufo-Addo.