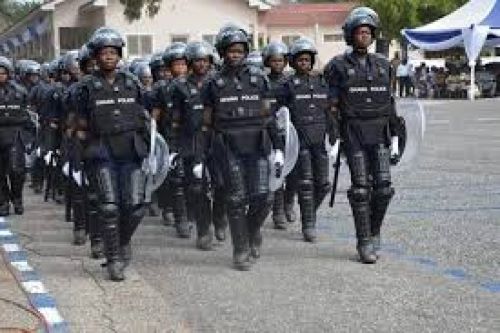 A news article carried by the state newspaper Daily Graphic’s online portal on September 3, 2019 reported that “Public sector workers are to enjoy a 40 per cent increment in categories Two and Three allowances, in addition to a 12 per cent increase in base pay, beginning next year’.

The article further stated that “The agreement was arrived at a meeting of the Public Services Joint Negotiating Committee (PSJNC), which comprised organized labour, the Fair Wages and Salaries Commission (FWSC), the Ministry of Employment and Labour Relations and the Ministry of Finance”.

“The Secretary General of the Trades Union Congress (TUC), Dr Anthony Yaw Baah, announced this at the 12th quadrennial delegates conference of the Teachers and Educational Workers Union (TEWU) of the TUC in Kumasi on Monday [September 3, 2019]”.

This news was received with a lot of joy and gratitude to the government. In fact, some public sector workers started calculating and making approximations of the extra cash that will fill their pockets from the end of January 2020.

With positive expectation, members of the Ghana Armed Forces received their salaries on the 15th of January 2020 and true to the words of the TUC Secretary General, the necessary adjustments had been made – thus 12% increment on the base pay and also 40% increment on the Category Two and Three allowances.

The men in black became extra excited when their friends in the military told them. They knew that once their counterparts have confirmed to them that indeed the various upward adjustment have reflected in their January 2020 salary, theirs will also reflect, indeed the year will be a good one. However, their excitement turned sour when they received their salaries this week and realized that apart from the 12% increase in the base pay, all other categories remained unchanged.

This has really left our hardworking policemen and women devasted and bedeviled with many unanswered questions.

Is it deliberate to favour the military over the police or an oversight?

If indeed it was an error how come it didn’t affect just a few but the whole police service personnel?

Will they receive the appropriate adjustment at the end of February? What about the January balance?

The Ghana police deserves better. Tensions are mounting and the earlier the government comes out to answer these teething questions the better.