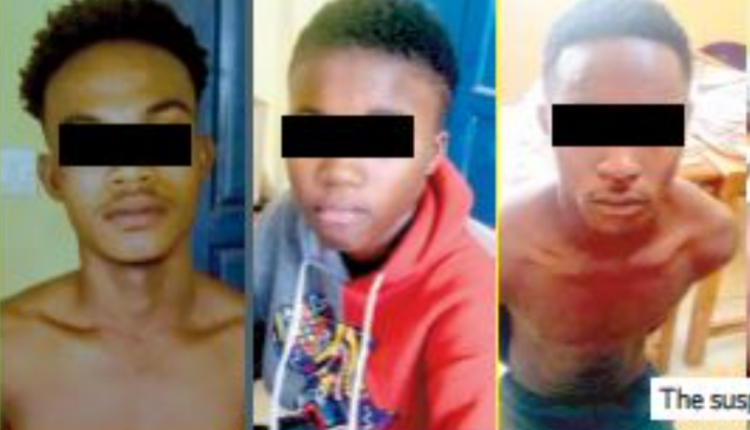 Five teenage armed robbers, one of them a girl, have been detained by the police at Nsoatre in the Sunyani West District of the Bono Region following their alleged robbery at gunpoint of an amount of GH¢1,000, mobile phones among other personal items from a driver.

The oldest among them is 25, while the others are 19, 18, 17, 17 and the girl is 16. They were accused of pulling a locally manufactured gun on one Okofo Dartey, who was in charge of a black KIA Picanto car with trade plate number, DP 7412-22 and robbed him of his money, Itel and Infinix phones, a black polish, and a shaving machine when his car developed a fault at about 9:50 pm off the Nsoatre- Berekum Highway near the Roman Catholic Church last Friday. 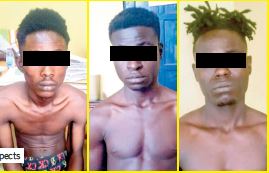 The complainant, the 43-year-old driver, told the Nsoatre Police that while relaxing in his car when it developed a fault, Vincent Kyeremeh, Andrews Kyeremeh, Prince Kyeremeh and Takyi Richmond appeared and pulled a locally manufactured gun and threatened to kill him if he refused to surrender whatever items were on him.

They took the money, phones and other items and bolted. The driver consequently raised an alarm and together with community members, Mohammed Fayed and Collins Dartey, gave them a hot chase, arrested them and sent them to the Nsoatre Police Station and lodged a complaint.

As a result, some police officers together with the complainant were dispatched to the scene where the complainant identified Agyeiwaa Isabella and Edmond Asare as part of the gang and the suspects were rounded up.

They have since been detained separately pending further investigations.

#AFCON2021: You’re one of the favourites – Akufo-Addo to Black Stars