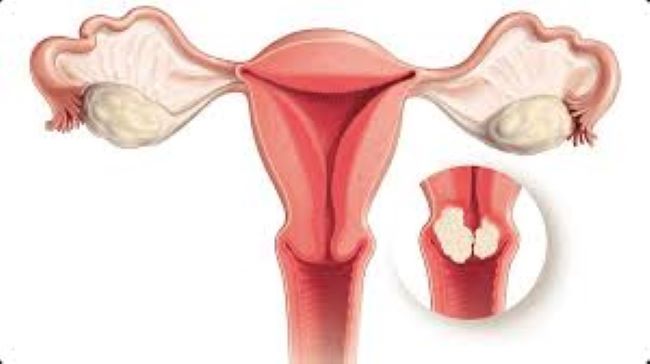 A total of 2,797 women were diagnosed with cervical cancer in Ghana last year.
This was disclosed by a Family Medicine Resident with the Korle-Bu Polyclinic, Dr. Elsie Adjacodjoe.

Speaking on the Ultimate Health Show on JoyFM, on Sunday, January 9, 2022, she stated that out of the number, 1,699 deaths were recorded, leaving 1,098 survivors.

She was contributing to discussions on cervical cancer, its causes, prevention and treatment.
Touching on the causes, she mentioned that cervical cancer, which is the growth of cancerous cells in and around the cervix, is among sexually transmitted infections and can spread all over the body if not treated on time.

She also mentioned that it is not an issue of concern to only women since men can also have the infection, although that is very rare.

According to her, it is very necessary for every woman in her thirties to check if she is immune-competent and screen for cervical cancer on a regular basis.

“From age 30, every woman must check every two to three years, if she is immune competent [i.e if the immune system is okay],” she said.

She noted, however, that “people living with cancers, HIV/AIDs or other diseases must check from the age of 25.”
Dr. Adjacodjoe added that “women who are immune-compromised should screen for cervical cancers within a period of 5 years (at most) with the HPV DNA test.”

On her part, another Family Medicine Resident with the Korle-Bu Polyclinic, Dr. Naa Koowa Coker, who was also a panelist on the show, bemoaned the failure of the state to incorporate the cost for screening and treatment of cervical cancer into the health insurance scheme.

She noted that over the years, financing has been a major setback for cervical cancer treatment, screening, and other costs related to the disease since people have to do it at their own cost. But not everyone can afford the cost.