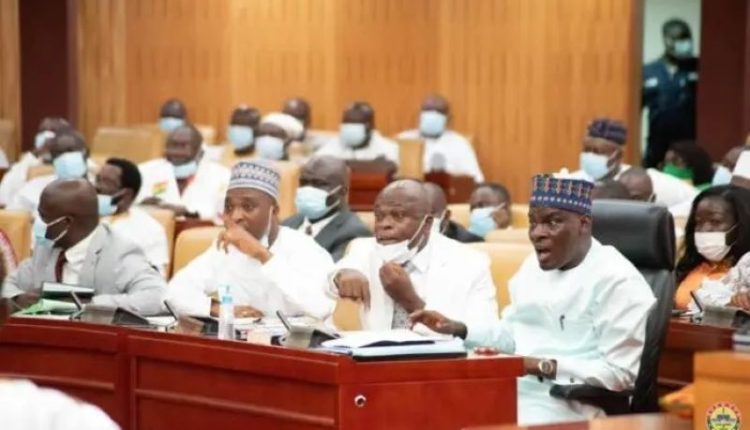 The Minority in Parliament has vowed to resist any attempt by the government to revise the rate of Value Added Tax (VAT) upwards in the 2023 budget.

Government has given an indication VAT rate will be increased from the current 17.5% to 20%.

Speaking to the media in parliament, MP for Asuogyaman, Thomas Ampem Nyarko argued such a move will further exacerbate the current hardship in the country.

The NDC MPs rather want the government to cut down expenditure especially from the presidency vault.

“In fact the information we are picking up doesn’t look good for our dear country. The budget that is due to be read tomorrow promises to be a budget full of taxes. What we are hearing is that this government intends to increase VAT by 2.8 percent. They intend to increase income taxes and they intend to remove a lot of exemptions to Mobile Money (MoMo). So even merchants are going to be subjected to taxes.

“We have known this government to be insensitive but we never knew that their level of insensitivity would be this high. Because in this time of serious hardship in this country with inflation so high none of us expected that they would be increasing taxes to this level,” the Member of the Finance Committee stated.

He continued: “Our (Minority) posture is that we are willing to support the government in these difficult times. Because they need help if we don’t help this economy will crash. However, the government must come clear to show they are going to reduce expenditure drastically.”

The Vice Chairman for the Finance Committee, Patrick Yaw Boamah on his part expects that the budget will address the debts unsustainability challenge and offer hope to Ghanaians.

“I pray that the Minister presents a good budget to give Ghanaians the hope for debt sustainability, to ease the economic hardship. To bring a program in collaboration with the Central Bank towards the standardization of our currency.

“Ghanaians need hope from the budget, that is all what Ghanaians need,” the Member of Parliament for Okaikoi Central reiterated.