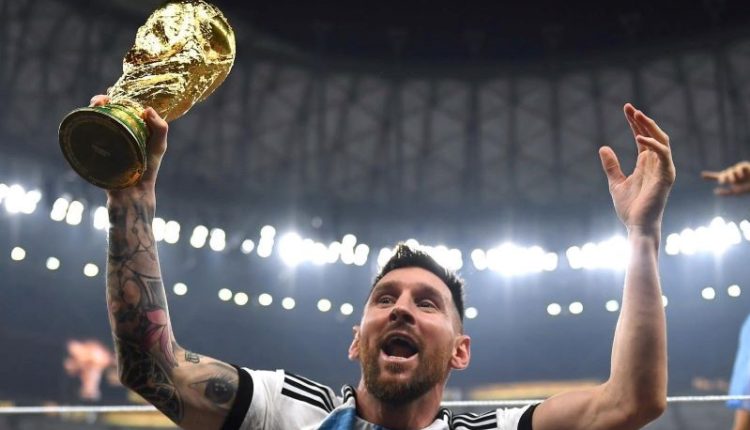 Lionel Messi and Argentina’s new crop of world champions have landed in Buenos Aires, capital city of Argentina, with the World Cup title. 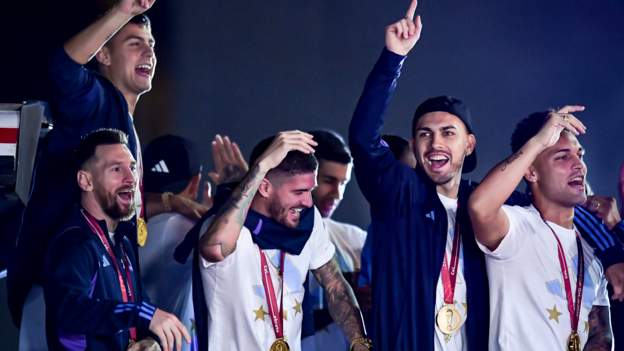 Argentina beat France 4-2 on penalties, in a breathtaking final which ended 3-3 after 120 minutes of nerve-racking football. The Argentines touched down at the Ezeiza International Airport at 2:23am – local time, to thousands of Argentine fans, as well as local and international press.

The flight of the Albicelestes was tracked online by fans and defender, Nicolas Tagliafico posted a picture of the World Cup buckled into an airplane seat on Twitter.

A picture of Messi was slapped on the plane’s tail with the words: “One team, One country, One dream” on its side.

Right after touch down, Messi was the first to step out of the plane, holding the World Cup aloft – with head coach, Lionel Scaloni right behind. Forward, Julian Alvarez followed with a host of other players, after the duo to step out.

The team hopped on a branded ‘Campeones del mundo’ open-top bus for a trophy parade – the second in some 30 hours following the first which happened on the streets of Qatar immediately after the team stepped out of the Lusail stadium.

The trophy parade headed to the AFA headquarters at a snail pace, moving through a swarm of fans gathered.