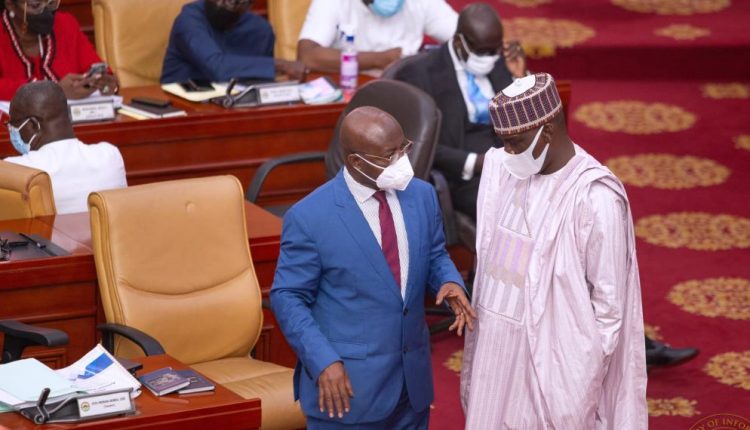 The Majority Leader in Parliament, Osei Kyei-Mensah-Bonsu, has urged the Minority to give up on their attempts to challenge the approval of the 2022 budget.

He said it is baffling that the Minority side which is already part of committees approving the various appropriations, would turn around and demand the rejection of the 2022 budget statement.

“There are colleagues who said they were upset, but they are now together in committees considering estimates. If the budget is rejected, why are you together considering the estimates? How can you come back and say that we should go back and reject the budget?” I think that will be taking us back. We should allow sleeping dogs to lie,” he said.

The First Deputy Speaker of Parliament, Joseph Osei-Owusu, had rejected a motion filed by the Minority Leader, Haruna Iddrisu, against his ruling reversing the rejection of the 2022 budget on December 1, 2021.

Speaking to journalists in Accra, the Minister of Parliamentary Affairs said the Minority must compromise.

“I want to believe that we will let sleeping dogs lie because we have moved beyond that,” he said.

Despite the tussle over the approval or otherwise of the 2022 budget statement, some committees of the house commenced consideration of the budget estimates for the 2022 fiscal year, a week ago.

The leadership of Parliament has also constituted a bi-partisan Committee to resolve disagreements over the approval or otherwise of the government’s 2022 budget statement and economic policy.

The Committee is composed of ten members from each side of the house.