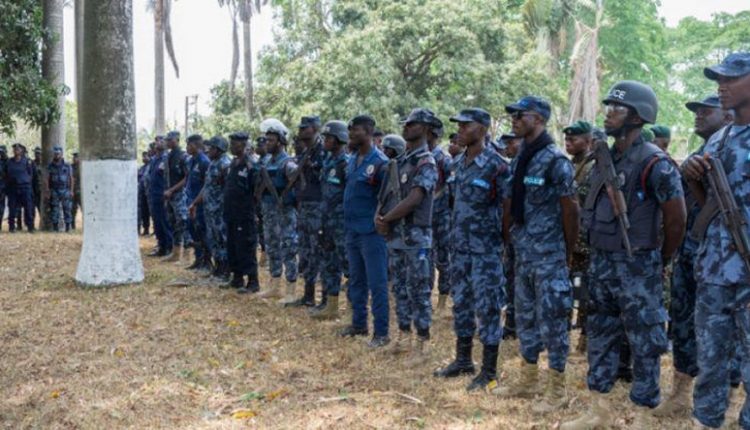 Two police officers have been accused of being complicit in four recent bullion van attacks recorded in the Greater Accra Region.

This was disclosed in a statement issued by the Ghana Police Service on Monday, March 7, 2022.

“The Ghana Police Service after several months of painstaking intelligence-led operations at the highest level has made a major breakthrough in the investigations into multiple Van robberies recorded in Greater Accra.”

“Preliminary investigations have been able to establish the involvement of two policemen and some other suspects.”

The bullion van attacks in question occurred at Kingsway, Baatsona, Jamestown and North Kaneshie (Industrial Area) between 2021 and 2022.

The Police are however assuring the general public of their quest to make sure such attacks are curbed, and the perpetrators are brought to book.

“We wish to assure the general public that the Ghana Police Service will continue to work hard to rid our country of criminal activities that disrupt the peace and stability of the nation.” 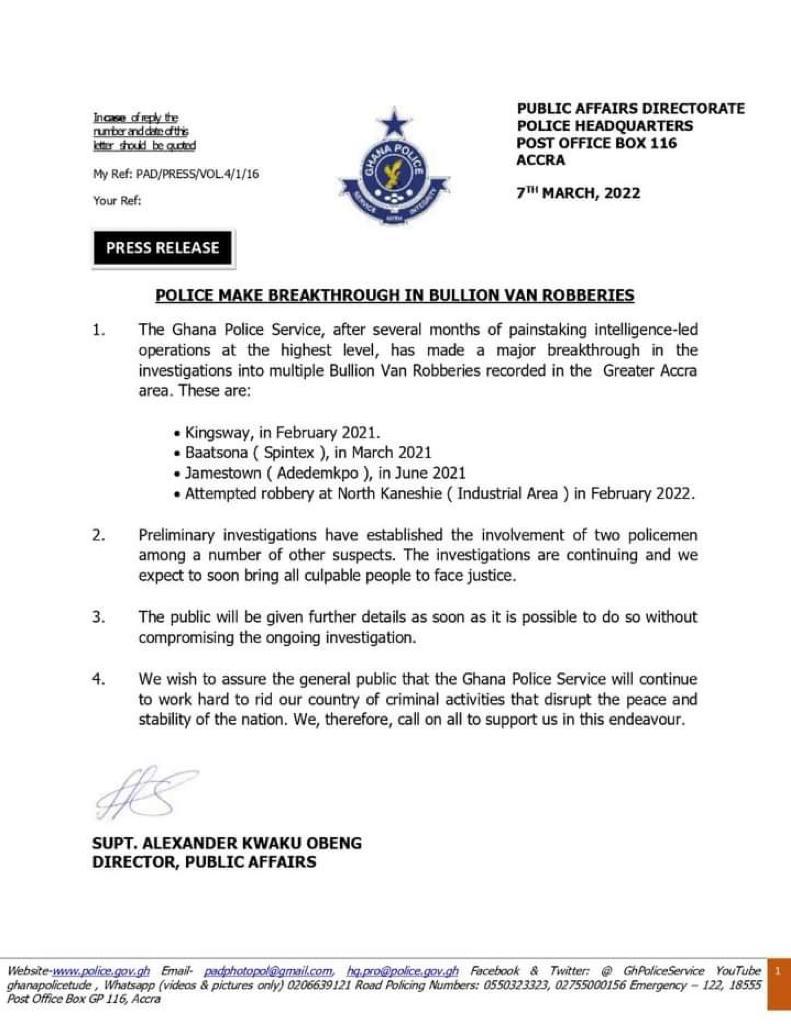