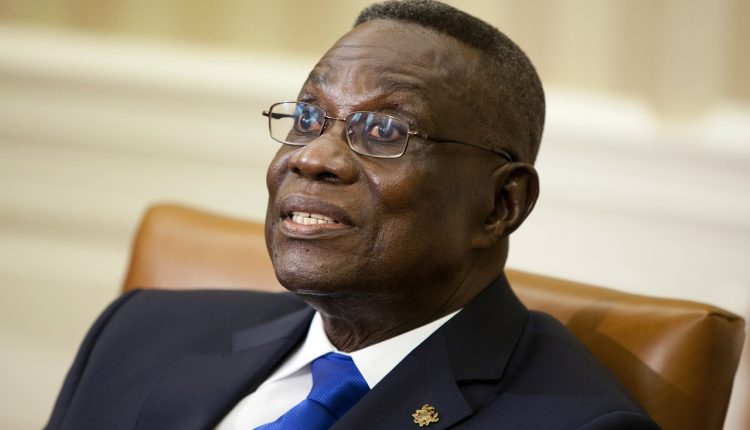 Two out of the four NPP Members of Parliament (MP) who filed a private member’s motion to probe the death of the late President Evans Atta-Mills have denied assenting their signature to the said motion.

This was disclosed by the Deputy Minority Chief Whip, Ahmed Ibrahim in an interview with JoyNews’ Kwesi Parker-Wilson.

The two, MP for Mpraeso, Davis Ansah Opoku and Tema Central MP, Nii Noi Nortey have demanded that their names be expunged from the motion.

Giving more details, the Deputy Minority Chief Whip said his interactions with the two MPs suggested that their names were being used without their consent to file the motion.

According to Ahmed Ibrahim, to confirm the claims from both MPs, he checked with the office of the Speaker and although the two MPs had their names on the motion, their signatures were missing from the motion filed.

“So I followed up with the Right Honourable Speaker’s office to go and have a look at those who signed or appended their names to the motion. To my surprise, the names Davis Ansah Opoku, Nii Noi, Habib Ibrahim and Annoh-Dompreh were there. However, it was only the signature of Frank Annoh-Dompreh that was appended to the motion. The three other MPs did not sign which confirmed the statement being made by the MP for Mpraeso and Tema Central that they did not append their signature to any motion,” he told Kwesi Parker-Wilson.

The Banda MP noted that the severity of the matter demands the House to investigate the issue to avoid putting the House into disrepute.

He further stressed that the leadership of the Majority will be hauled before the Privileges Committee to provide answers to the matter.

On Thursday, four members of the Majority in Parliament led by Majority Chief Whip, Frank Annoh-Dompreh, filed a Private Member’s motion calling for a bi-partisan investigation into the death of the late President John Evans Atta-Mills.

A Plus Drags Kennedy Agyapong, Abronye To IGP