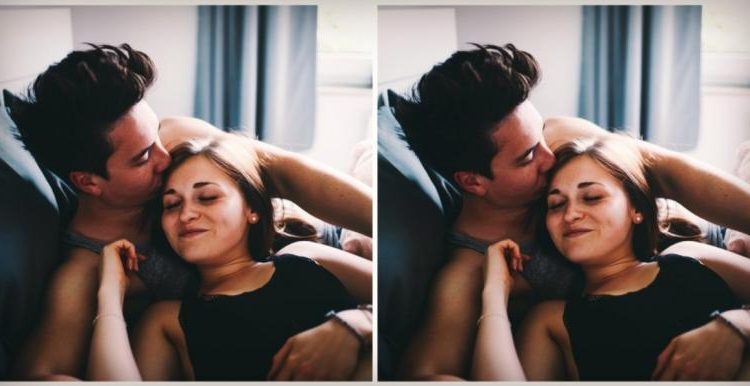 Have you ever asked yourself the question, “Is he serious about me and this relationship?”

It’s easy to develop feelings for a man you’re dating and then wonder if he’s on the same page as you.

While guys might not come out and say it right away, they do a lot of the same things women do when they start to see you as someone they want to make a permanent part of their life.

You’ll know he wants a serious relationship by the way he treats you, how much of his time he’s willing to spend with you, how deep your conversations get, and whether or not he introduces you to his family and friends.

But sometimes, the signs he’s serious about you aren’t as obvious.

Knowing what to look for will help you avoid getting your heart broken if you suddenly find out you both want different things.

If you’re wondering how to know if a guy is serious about you, here are 17 signs to look for (listed in no particular order).

1. He’s had a conversation with you about wanting to make your relationship exclusive.

This one sounds like a no-brainer, but the “assumed relationship” is common — and not something that you want to fall for.

If he isn’t trying to date you exclusively, he knows that you could meet someone else at any time and that doesn’t bother him much.

2. He respects your opinion and regularly asks for it.

He listens and shows you respect. He remembers what you say and considers your advice.

A guy who’s starting to catch feelings for you will try to get everything out on the table so that he doesn’t “mess things up” with you. Transparency builds trust in relationships.

4. He puts out all of his old flames.

A guy who sees a future with you will cut off contact with all flings and exes. He will turn his focus entirely on you and not allow other women to pop up and ruin everything.

5. He’s excited about you when you aren’t around.

If his friends and family report that he won’t shut up about you, this is a good sign he’s starting to have serious feelings for you.

6. He wants to get to know you on a deeper level.

He doesn’t gloss over the little details you mention and actually cares to listen to you talk about your childhood, your goals, and your career. If you mentioned a big presentation at work, he’ll ask how it went.

He cares about what makes you tick and what you’re up to when he isn’t around.

7. He makes plans with you in advance — and sticks to them.

He wants to reserve time with you in advance and will make sure that he doesn’t potentially mess up your relationship by suggesting everything at the last minute.

He doesn’t call you at 2 AM to hook up. He sees a future so he doesn’t mind planning for it with you in it.

He brings up events way in the future, like that concert in three months or how you will spend the holidays together. Planning shows he’s the real deal.

8. He looks for ways to include you in his interests.

Nothing makes him happier than bonding over his favorite activities with his favorite person. If he’s interested in golf, tennis, or refurbishing old cars, he tries to include you somehow.

9. He’s at a point in his life where commitment would work.

Marriage and commitment are in his long-term plan, and he’s at a point in his life when he might be ready to consider that.

When guys are trying to get through school, get their careers off the ground, or need to sow more wild oats, commitment is often the last thing on their minds. He must be at a point where he’s ready for a serious relationship to commit to.

10. You’ve met his friends and family.

He has no qualms introducing you to his family and friends. He wants to show you off and isn’t afraid of people’s reactions to you.

This is a huge sign he’s ready for a committed relationship with you.

11. He tries to make a good impression when you introduce him to your people.

A guy who isn’t serious will sometimes go along with meeting your people, but since he won’t view them as potential permanent forces in your life, he won’t make a big effort.

A guy who wants to be with you long-term will make a serious effort to get to know the important people in your life.

12. He’s content waiting for physical intimacy and lets you initiate it.

Even if he was a serious player in a past life, he will be fine with taking it slow.

You won’t feel pressure to hop into bed with him since he will value your company as much as a potential sexual encounter. He will treat you like a lady and not a hookup.

13. He’s punctual and makes sure to apologize if he’s late.

He won’t leave you hanging. If something makes him late, he will do his best to let you know and try to make up for it.

You don’t have to worry about having a spot for your toothbrush. If he’s cleared out a space for you in his closet, you know he’s smitten.

15. He cares about your happiness, tries to help, and is there for you.

If you need something, he’s your go-to guy. He’s deeply interested in making you smile in any way he can.

16. He regularly initiates contact with you and you don’t worry that he’s disappeared.

He texts, calls, and contacts you in ways that show he’s thinking about you. You don’t have that sick feeling in your stomach that he’s pulled a Houdini.

17. Your time together feels easy and carefree.

You have fun together. You don’t feel like conversation is difficult or forced. He helps make interactions with him easy.