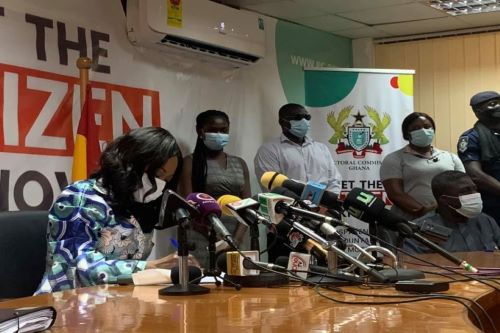 The Electoral Commission (EC) of Ghana has announced that 17 aspirants have file their nominations to contest this year’s presidential elections slated for December 7.

In all 3 independent and 14 political party candidates have filed their nominations.

On Tuesday, 6th October, 2020, one independent candidate and 2 political parties filed their nominations. An independent candidate, Alfred Kwame Asiedu Walker was the first to file his nomination at 10:37am followed by the New Patriotic Party (NPP) candidate, Nana Addo Dankwa Akufo-Addo at 11:26am and finally for the day was Christian Kwabena Andrews of the Ghana Union Movement (GUM) at 4:00pm.

2 candidates filed their nominations on Wednesday, October 7. They were Brigitte Akosua Dzobgenuku of the Progressive People’s Party (PPP) at 4:31pm. John Dramani Mahama of the National Democratic Congress (NDC) was the 5th candidate to file his nomination at 5:00pm.

One year after NDC primaries to elect PCs for Dec 7, Mohammed Ramadan thanks Adentan delegates, promises to work hard to clinch the seat for the party