Twitter is the seventh-most popular social media site in the world and is primarily used by men. Additionally, its user base has been steadily expanding over the past few years and shows no indications of slowing down.

According to a new research by WhizCase, about 14 million Twitter accounts were suspended over the past 10 years: 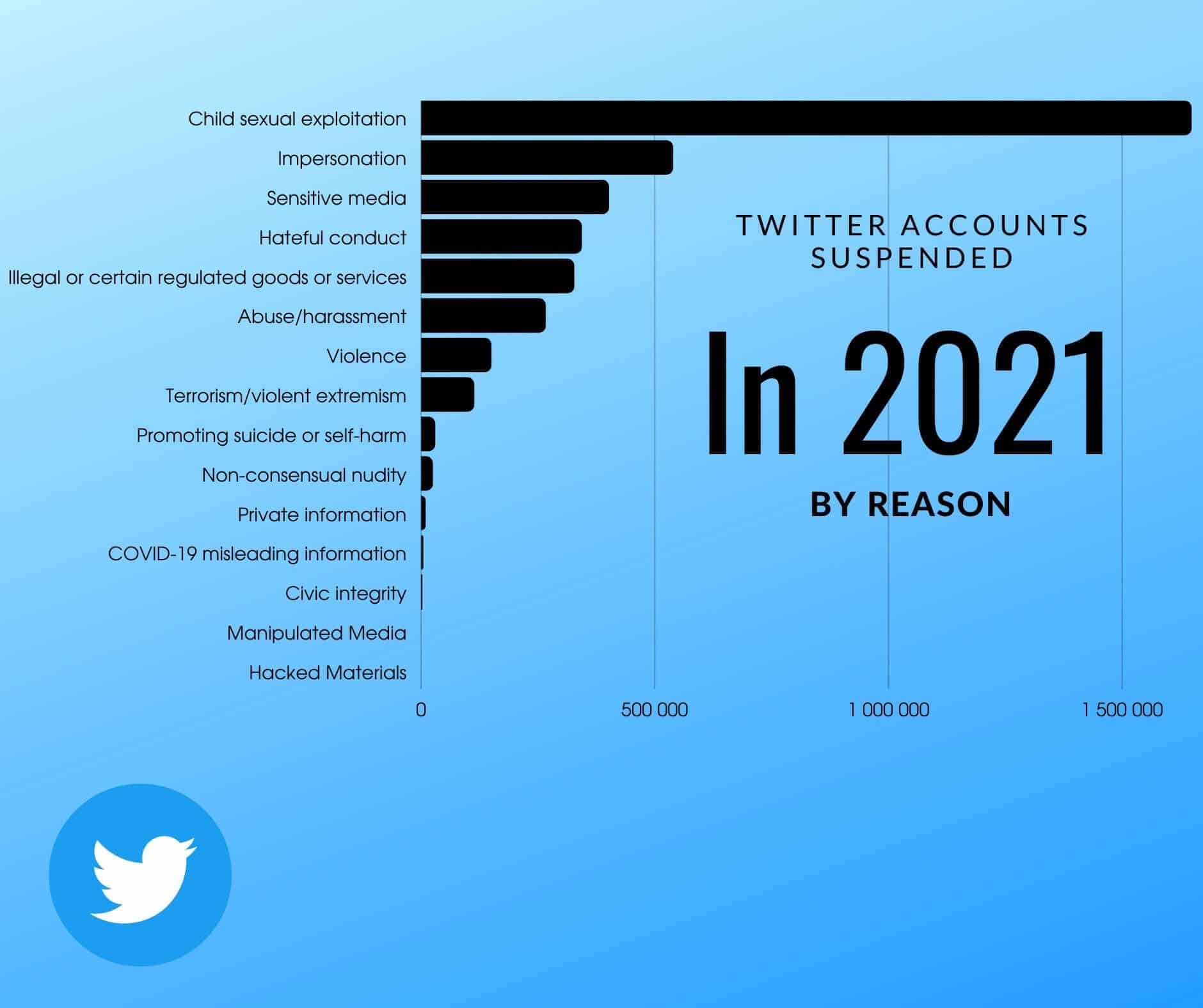 Stats regarding the suspended accounts Learn the most significant facts and statistics about Twitter in the following sections:

The most significant Twitter statistics for 2022 are listed below: There are many amusing and fascinating facts and statistics about Twitter’s past that are worth mentioning. Here are some interesting Twitter stats for you: