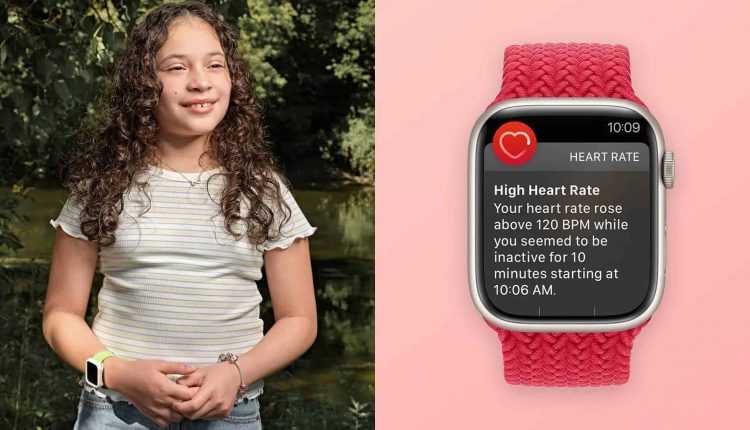 One of the latest additions to the Apple Watch was the feature to detect car crashes and make automat emergency calls. However, these products are also great healthcare assistants. The Apple smartwatches have supported heart rate monitoring and other similar features almost from the beginning of their history. Though some users do not trust technology, the latter can really save lives. For instance, recently, we learned that Apple Watch’s heart rate notifications helped a 12-year-old girl to discover and treat cancer before it was too late.

How Can Apple Watch Save A Life? After getting myriads of continuous alerts, Kitchen took her daughter to the hospital. They had to have surgery to treat appendicitis. After, doctors noticed a tumor in her appendix. It caught their attention, as it is “rarely seen in children.” Unfortunately, further examination showed that the cancer had already spread to other parts of Imani’s body. So they decided to have another surgery to remove cancer. Now, everything is good.

As João Bocas said (a Digital Health Influencer), this is a clear sample of how wearables can play a “crucial role in supporting people to build better health behaviors.”

Another interesting story happened earlier this month. A 34-year-old woman had been getting notifications from her Apple Watch saying the resting heart rate was too high. Later, she found out that she was pregnant.

In August, a 70-year-old man told the media that his Apple Watch automatically called emergency services when he fainted and hit his head hard on the floor.

Season Finale of House of the Dragon Leaked Ahead Of Premiere