Fitbit is not as popular as previously, but it is still afloat. Recently, the company launched three new smart wearables. In fact, we are dealing with iterative upgrades, including the Fitbit Sense 2 and Versa 4 smartwatches and the Inspire 3 smartband. Their predecessors are available in various markets. So it’s logical that the company has decided to launch them globally too.

Among them, the Fitbit Sense 2 is a flagship wearable coming at $299.95. The Versa 4 costs a bit less, at $229.95. Finally, the Inspire 3 fitness tracker is available for purchase for $99.95. By the way, the latter and the Garmin Vivosport are considered the most expensive consumer fitness trackers in the market right now. In terms of availability, the smartband is on pre-order. But there is no word about the launch date of the rest two.

Alphabet, which owns Fitbit now, has added a new tracking continuous electrodermal activity sensor (cEDA) to the Fitbit Sense 2. As the name implies, it’s for stress tracking. Once it detects that you are stressed, the watch will notify you and make some suggestions (if you wish). In practice, it offers mood logging, mindfulness, and guided breathing. Another selling point of the Sense 2 is the new interface. Plus, the watch supports turn-based navigation prompts from Google Maps as well as Google Wallet for contactless payments.

What About The Other Two

The Fitbit Versa 4 comes with a redesigned body and interface too. Plus, it can track over 40 new workout modes that include dancing and weightlifting.

The Inspire 3 boasts a full-color OLED display. This is the first product in the series with a color display. 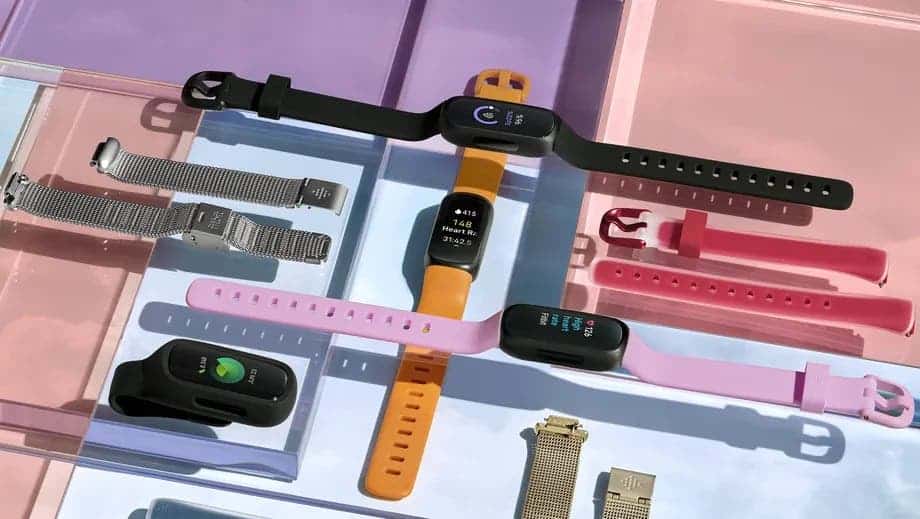 Oppo Watch 3 goes on sale with Snapdragon W5 and more