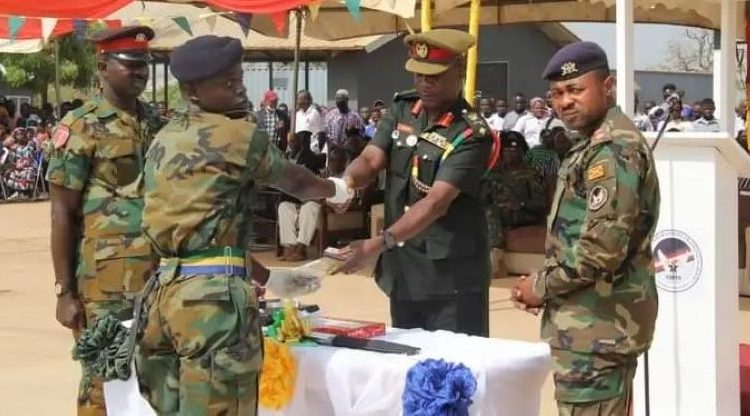 690 Army Recruits have passed out from the Army Special Operations Training School (ASOTS), Daboya, under the Army Training Command (ATRAC) of the Ghana Army, MyNewsGh.com reports.

The 690 hardworking recruits successfully passed out having started the training as 700 recruits. However, 6 recruits failed routine medical tests while 4 were sacked from the ASOTS for disciplinary issues.

Regrettably, one recruit in the person of Asenso Yaw Charles died.

According to Peace Journal, the BITC entailed intense military indoctrination, basic fitness tests and very tough training exercises for physical and mental fortitude to enable the Soldiers rise in capable defense of the Republic of Ghana.

A passing-out parade was held at the training school, in the North Gonja District of Savannah Region on Friday, 30 December, 2022.

Cadres’ role should be constitutionalized in NDC – UCF Chairman